Almost everyone knows that old baseball cards can be valuable, so when a collector of coin-operated machines found his latest two purchases were full of old, unfamiliar cards, he contacted a sports collectible expert. There were 428 pictures of movie stars, baseball players, boxers and cowboys. They had been put into the arcade machines about 1953-4 and removed by a coin operated machine collector 65 years later. When the machines were originally sold they came loaded with cards.  This type of machine was made by the Exhibit Supply Co. (ESCO) which operated in Chicago from 1901 until 1985. Because the cards had never been removed they were in near-mint condition when the machines recently sold after years in storage.  The cards are listed at prices near $100 for popular or rare examples. There are clues to age. The wording on the card, “MADE IN U.S.A.,” was in all capital letters from 1947 to 1950. “Made in U.S.A.” was a mixture of capital and lower-case letters from 1951 to 1953. Owner/collector Rich Wolfin of New Jersey has sold one of the machines (minus the cards) and plans to sell the cards and the other machine. 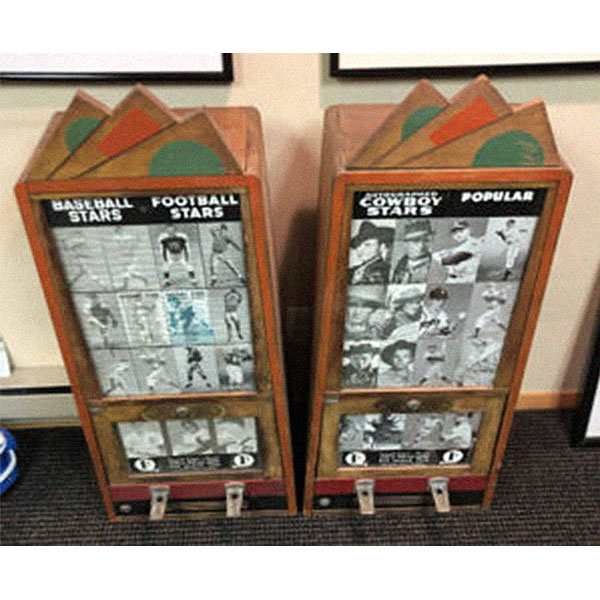