The Most Expensive Sneakers in the World

Last month, Canadian entrepreneur Miles Nadal bought 99 of the “100 rarest pairs of sneakers” for $850,000. They were being offered at a July Sotheby’s auction in collaboration with the company Stadium Goods. Nadal bought the 99 lots ahead of the auction in a private sale. Then, a week later on the day of the auction, he was the highest bidder for the 100th and most important pair, the Nike Moon Shoes, paying $437,500.He plans to display all 100 of them in his car museum in Toronto and invite friends and charities to see them. See Kovels Komments, July 31,2019. We thought we might discuss some of the pairs.

Two slightly different pairs of self-lacing shoes were inspired by those worn by Marty McFly in “Back to the Future Part II,” and they are probably the best-known. Only 1,500 pairs of the Nike Mag sneakers were made in 2011 and sold at an auction to benefit the Michael J Fox Foundation for Parkinson’s Research. But they weren’t actually “self-lacing.” The company hadn’t developed the technology yet. By 2016, Nike had made a self-lacing shoe that worked. Only 89 pairs of the updated Nike Mag were made and sold, again to benefit Fox’s research foundation. The collection bought by Nadal included a pair from 2011 and a pair from 2016.

Other amazing shoes included the pair of Nike Air Jordan 11 sneakers made for New York Yankee Derek Jeter’s retirement in 2017. Five pairs were made and went to lucky winners of a lottery at Yankee Stadium on the day of his retirement ceremony. Another highlight was the unique pair created by rapper Pharrell Williams with Adidas and Chanel and given as a gift to Karl Lagerfeld. The design has the name “Karl” on the top of the right shoe replacing “Chanel.”

Will the publicity from the sale cause the price of other not-so-rare sneakers to go up? Many were bought as investments to be sold later. 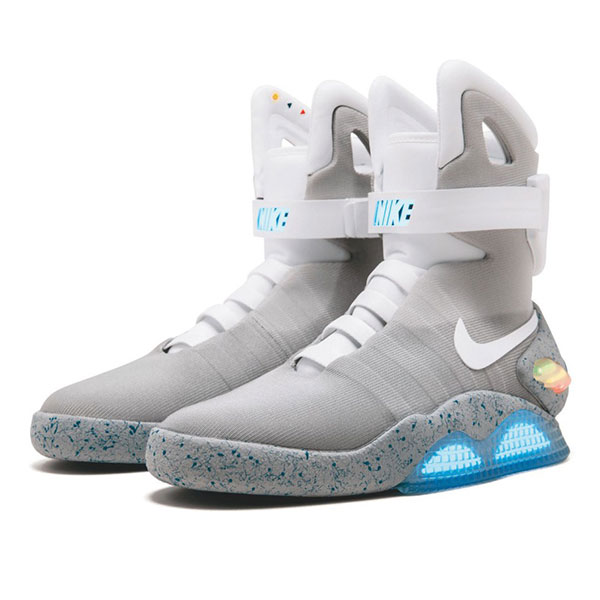