What was hidden is now found: After a decade of searching by thousands of treasure hunters, a chest filled with gold, rubies, emeralds and diamonds has been found in the Rocky Mountains. The treasure was hidden by Forrest Fenn, an 89-year-old art and antiquities collector who created the treasure hunt to “inspire people to explore nature and give hope to people affected by the Great Recession.” He put clues leading to the treasure’s location in a 24-line poem published in his 2010 autobiography “The Thrill of the Chase.”

Fenn made the announcement this week on his website https://www.oldsantafetradingco.com/ that the chest was found by someone who wants to be anonymous. Fenn told a local newspaper that the man was from “back East” and he confirmed the discovery by sending Fenn a photograph of the riches.

Fenn said that as many as 350,000 people from all over the world went hunting for the treasure. Some quit their jobs to search full-time, two people died, two have been rescued near death, several have had run-ins with local and federal law enforcement. 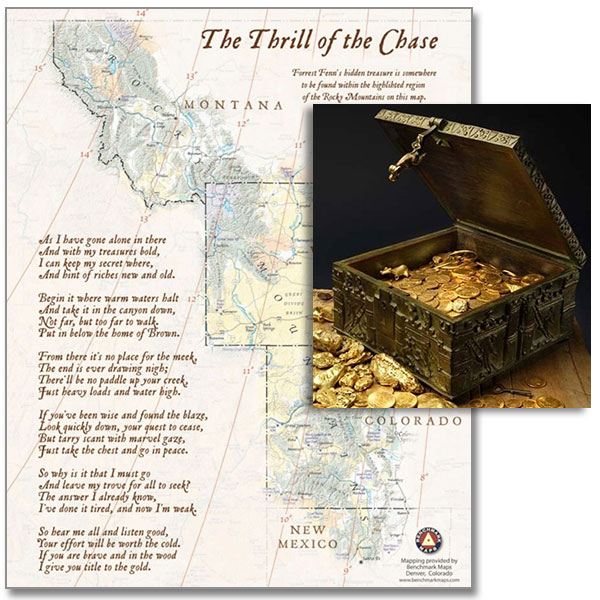