As you may remember, the dodos were discovered on the island of Mauritius in the Indian Ocean in 1598 by Dutch sailors. They became extinct by 1758. The strange-looking flightless birds were not afraid of humans and were killed for food until none were left. The last dodo skeleton was discarded by a museum because it was too expensive to repair. It was burned and only a head and a foot remained. A few other skeletons were assembled from rare bones found in the 1860s. The auction at Christie’s offered one of these; it sold for $622,000. Another dodo skeleton sold for $430,660 in 2016. 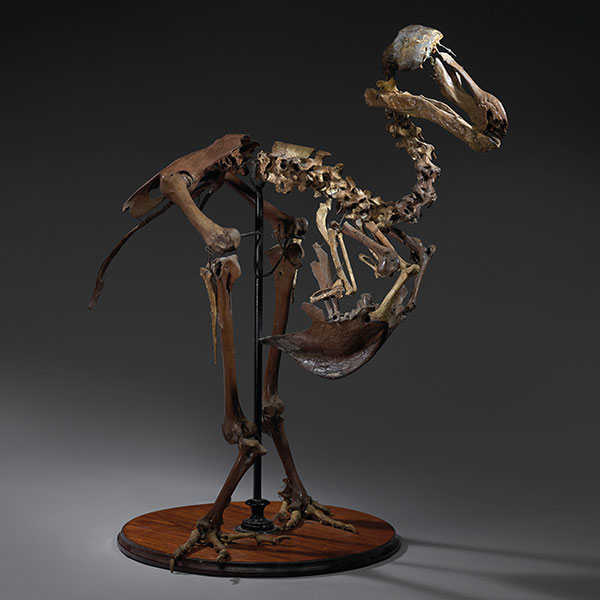