Time for a fashion update. And some tweaking of a logo. That was the decision at Mars Wrigley, which owns M&Ms, on the candy’s six popular chocolate characters and its iconic logo. In an effort to make the advertising characters look more current, Brown M&M now has lower high heels, Red and Yellow’s shoes have laces, Orange’s shoelaces are no longer untied, and Blue’s shoes look more like Uggs, according to the company. The changes are very subtle, as is the change to the M&M logo. Instead of resting on its side, it’s now straight. The new orientation is designed to emphasize the ampersand. The logo was last changed in 2019.

The changes are important for collectors. It makes it possible to date the characters, packaging, toys and artwork. There’s no way of knowing how long the changes will be in place, so if you collect M&M memorabilia, it’s always best to get your favorite items or characters at the start of the change.

Mars Wrigley is not alone in tweaking iconic images. Other brands have adjusted logos or mascots. In 2012, Quaker smoothed out its logo’s double chin, rolls and plumpness. Uncle Ben’s and Aunt Jemima also revised their logos. 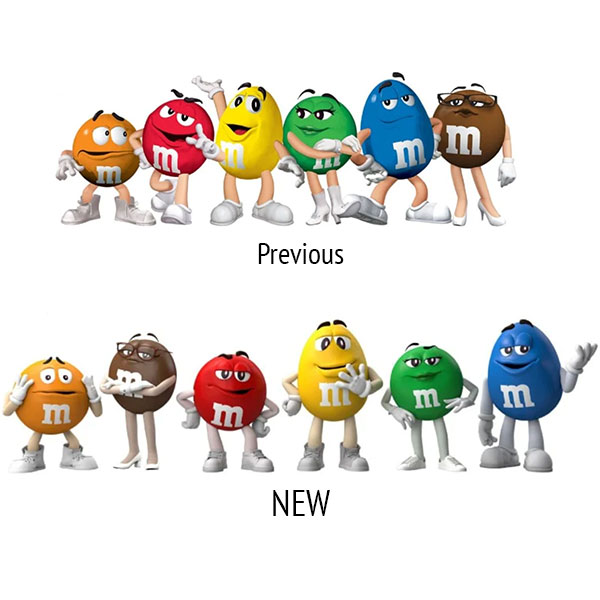