It Pays to Clean the Closet

A recently discovered rare stained glass and bronze lantern made by Tiffany Studios in 1905 had been hidden away in a janitor’s closet since about 1960. The lantern, with irises pictured on each side, was donated to a “Pennsylvania institution” by a Philadelphia pharmacist about 1960. Freeman’s Auction sold the lamp for the institution for $370,000 to a phone bid in 2016. It is only one of six or seven Tiffany hanging lanterns that are known, at least three with irises, according to some authors. The lantern is 24 inches high and has six panels. It has never been restored. 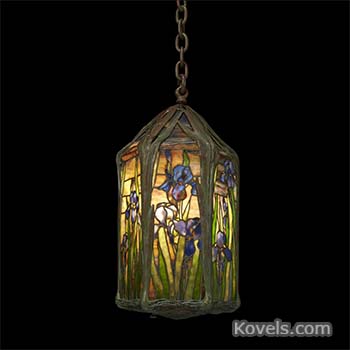 One response to “It Pays to Clean the Closet”