The 50th anniversary of the moon landing was celebrated with coverage of the original event on TV and sales and auctions of many one-of-a-kind Apollo 11-related items. They included uniforms, equipment, notes and anything else that had been taken to or from the moon.

But the star was a Sotheby’s auction that included the original first-generation NASA video taped recordings of the Apollo 11 EVA (extravehicular activity). The three tapes, lost for many years, were mixed in with a purchase of more than 1,100 reels of NASA tape. The tapes were bought at a government surplus auction in 1976 for $217.77 by Gary George, then an intern at the NASA Space Center. He bought the tapes to resell, and then donate the balance. George’s father noticed that three were labeled “Apollo 11 EVA / July 20, 1969” and suggested he save them. So, he kept the three tapes for 43 years, didn’t think much about them and never played them. In 2008, when NASA was preparing for the 40th anniversary of the moon landing, George watched the tapes for the first time and then later had them played and digitized. Sotheby’s played the original tapes a third time to check the quality before the auction. For years, pictures of the moon landing came from reruns of the commercial network television shows about Apollo 11 that had been sent by NASA.

On July 20, Sotheby’s auctioned the tapes in a well-publicized sale. Three bidders fought it out online and by phone, and the tapes – estimated at $1 to 2 million – sold for $1.82 million (including Sotheby’s commission). The buyer’s name has remained a secret, although there were many guesses online. 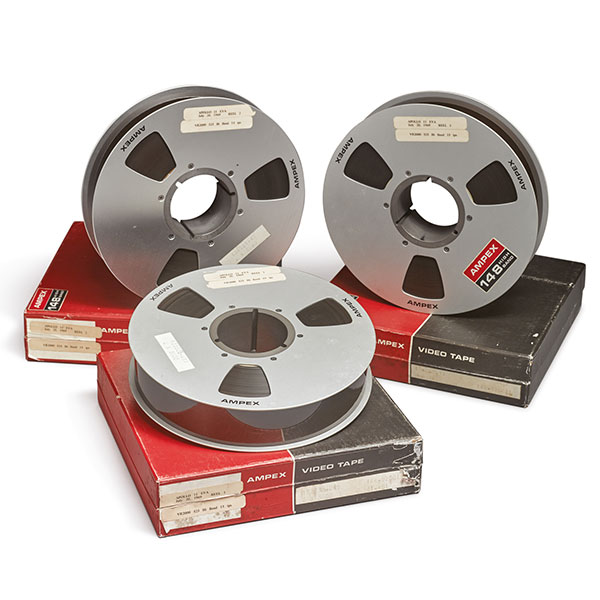