Most people rummaging through old boxes in an attic find creepy crawlies, moldering clothes and discarded household objects. But sometimes, a crumbling cardboard box can hold treasures, as the new owners of the historic New York City restaurant Gage & Tollner discovered recently. Found in an attic crawl space behind a milk crate was a ripped and sagging cardboard box. Inside, while not gold or jewels, was a 20th-century time capsule of the restaurant that opened in 1879 and moved to its current location in 1892. It closed in 2004. For 15 years, the space was used as a jewelry store, a tattoo parlor and an Arby’s. The new owners are restoring Gage & Tollner to its former glory.

The box contained menus dating from 1937 to 1975; cryptic handwritten notes about the turn-of-the-20th-century cash transactions; menus; price quotes from a butcher; notes on celebrity customers; correspondence about a display at the 1939-40 World’s Fair; fliers from a 1948 strike; a 1965 radio ad recording; and a bill from a dinner for retired Brooklyn Dodgers players. These artifacts are in addition to Gage & Tollner records donated to the Brooklyn Historical Society in 2016. 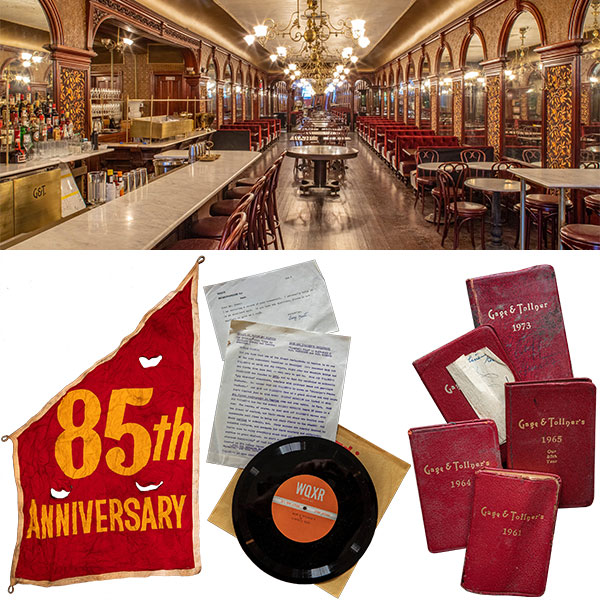