Collector cars were selling at record-setting prices during Monterey Car Week in California last month. A 1935 Duesenberg SSJ was sold by Gooding & Co. for an unexpectedly high $22 million, a record price for an American-made car. (Yes, the Duesenberg was made in America.) Two Duesenbergs SSJs were specially made by the car company for movie stars Gary Cooper and Clark Gable to get extra publicity for the then-struggling car company. The record-setting Duesenberg was once owned by Cooper and originally cost about $5,000. The same weekend at an RM Sotheby’s auction, a 1962 Ferrari 250 GTO by Scaglietti sold for $48,405,000, the new record for a car of any make or model at auction. The previous record was $13.75 million for a CSX 2000 Shelby Cobra which had British roots and auctioned in 2016. 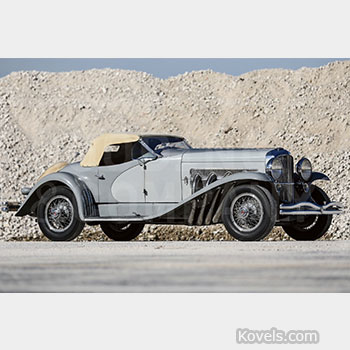