A Tale of Two Banksy’s: One Worth Millions, the Other Nothing

A tale of two Banksy’s: One owner of a painting by street artist Banksy is very happy. Another, maybe not so happy. In October, artist Banksy’s — known for his irreverent art and antics that included building a shredder into the frame of one of his artworks — take on a Claude Monet masterpiece sold for $9.8 million.

At almost the same time as the Sotheby’s sale, another Banksy owner thought he could have a nice estimate and potential payday. The unidentified man appeared on the BBC’s Antiques Roadshow to get an appraisal of a rat stencil on a steel plate, supposedly painted by Banksy. The owner said he spotted the piece on a seaside wall in Brighton, England around 2004. “It looked loose,” he said during the show. “[I] went over, pulled it off basically.” The show’s specialist was not amused, pointing out that Banksy manages his artwork very carefully. Banksy’s website, called Pest Control, allows potential owners of his work to apply for a certificate of authenticity, which the artist will give should the piece in question indeed be real and not removed from the public domain.

The man said he had applied for such a certificate but was denied. The specialist said that Banksy is clear that his graffiti art should be left out for the public and the man’s piece, even if a Banksy, would be “very difficult to sell.”

(We think the man could have bought it with Bansky’s knowledge to make the point that it’s best not to steal his art, as it will be worthless.) 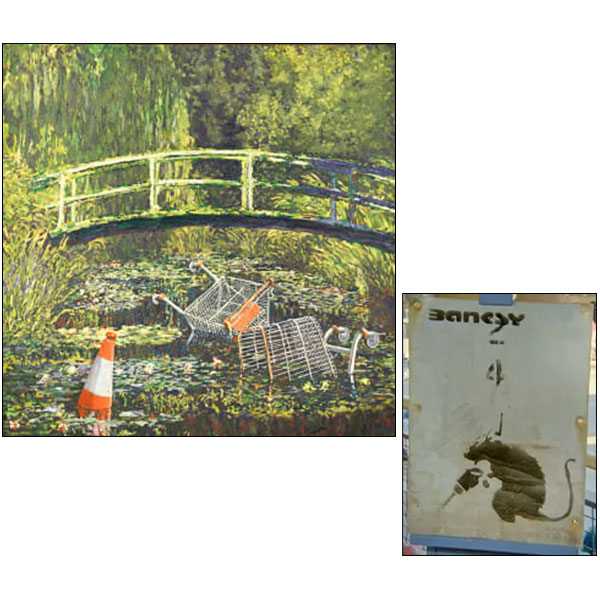