An Unrecognized Masterpiece Discovered in Auction

A pen and ink drawing on paper was up for sale at a Rachel Davis Fine Arts auction in Cleveland on March 19, 2016. The Canton, Ohio, museum had become a museum of American art and was deaccessioning some European objects in the collection. The picture was seen by many experts since it was obtained by the museum in the 1920s or ‘30s, but no one could identify the artist. It was cataloged as “Labor of Hercules, 17th or 18th century, Italian school, 11.5” x 17″. Estimate: $2,000 to $4,000.” Imagine the excitement and the museum’s joy when the bidding went up, and up, and up. Three bidders from Italy and one from London fought it out at the end when it sold for $130,000. The auction house learned that the artist was Baccio Bandinelli. You never know what you might find at a local auction (Clevelanders could view the pieces before the sale) or bid for online. 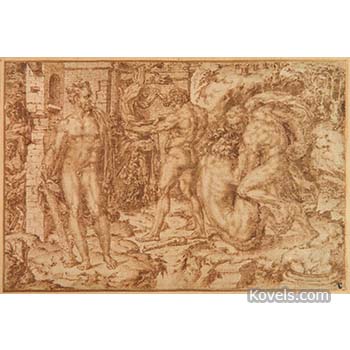