A brazen theft of a 500-year-old painting went unnoticed for months because the Doma Museum collection within the San Domenico Maggiore church complex in Naples, Italy, was closed due to COVID restrictions. But the Italian police have found the copy of Leonardo da Vinci’s Salvator Mundi in a Naples flat and returned it. Church officials had no idea until that point it had been stolen. Officers arrested the 36-year-old owner of the apartment on suspicion of receiving stolen goods, after the painting was found in his bedroom. The painting was a copy of the DaVinci painting depicting Jesus Christ with his hand raised in a blessing and holding a crystal orb. In 2017, the original became the most expensive painting ever sold, fetching $450 million at a Christie’s auction. The oil painting copy is believed to be by artist Giacomo Alibrandi and dates to the early 1500s.

It was not immediately clear how the police came to discover the theft of the painting.

Christie’s said the original, the most expensive work ever sold at auction, had been acquired by Abu Dhabi’s department of culture and that it would be shown at the Louvre Abu Dhabi. The painting has never been seen in public since and its current whereabouts are unknown. 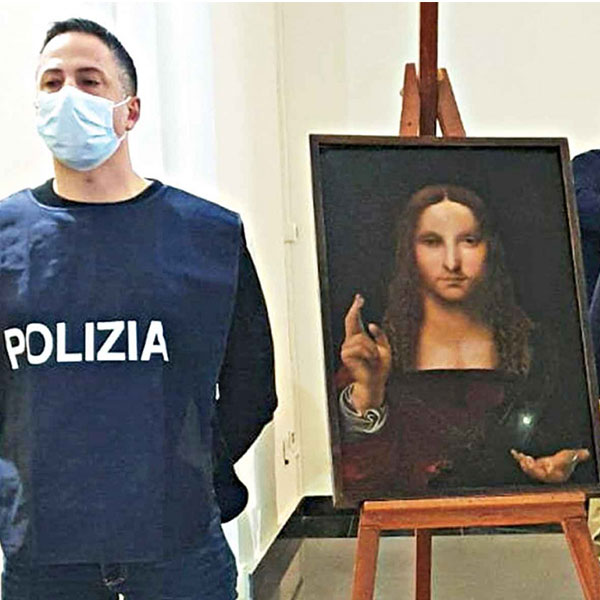