Where would we be in the summer without electric (and now battery-operated) fans? Did you find an old fan in the attic? Even if it is broken, it might have some value.  Brass colored or other uniquely colored fans, or those that are unusual looking, command better prices. To date your fan, it’s helpful to know a bit about fan history.  The first electric fans were introduced in 1882.  They were inspired by windmills, with pie-shaped, brass blades attached to an electric motor. Motors started to be enclosed in the early 1890s. By 1920, brass cages had been replaced by steel cages and blades became rounded. Almost all manufacturers made black fans, but General Electric made one in a deep green color. In the 1930s,  Emerson Electric in St. Louis made stylish designs with aluminum blades inspired by yacht propellers, including one called the Silver Swan in 1932. Different colors were also introduced, including ivory, forest green, dark brown and chrome. Very few fans were made in the 1940s because materials were needed for the war effort during World War II. 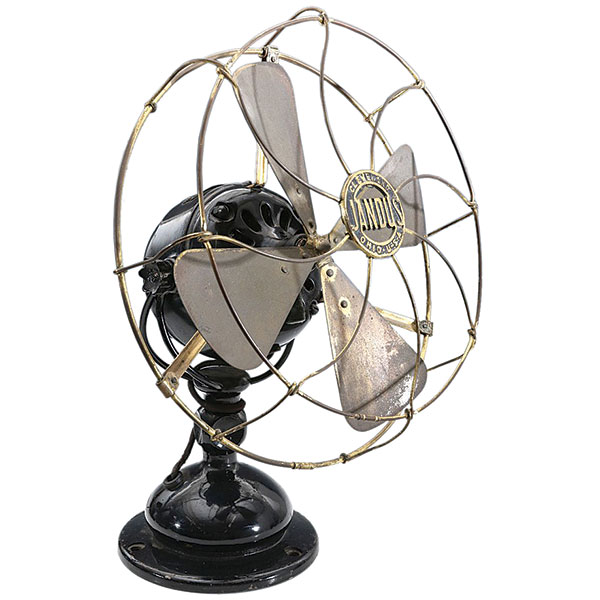 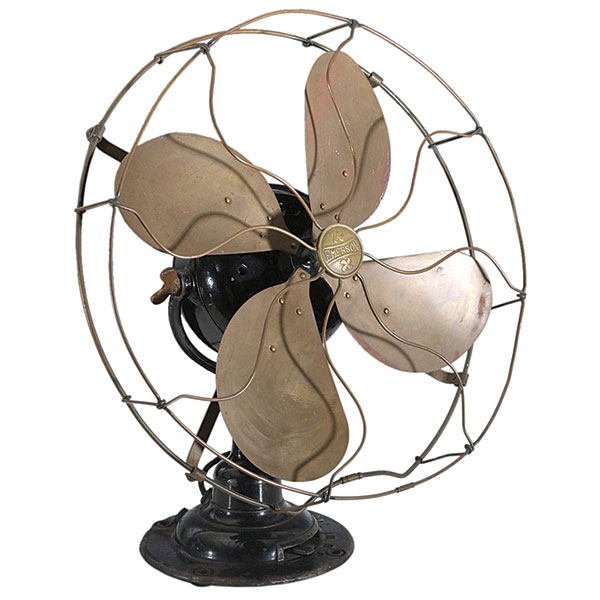 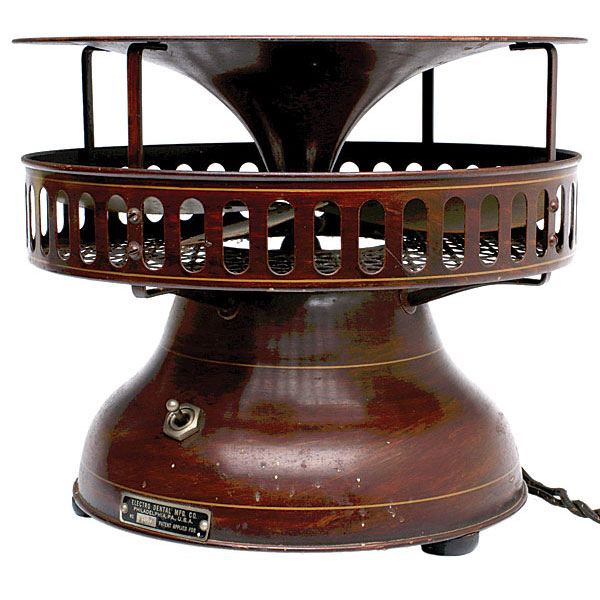 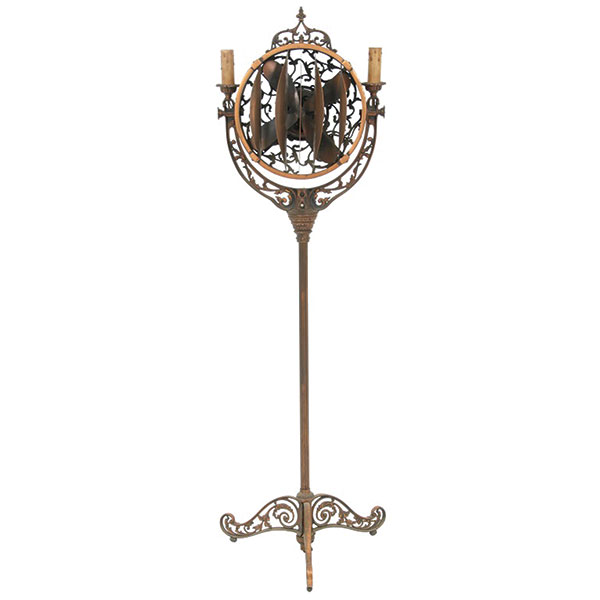 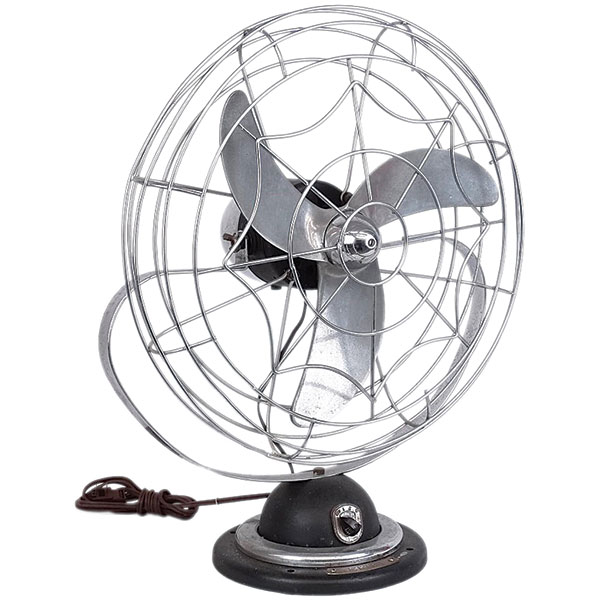 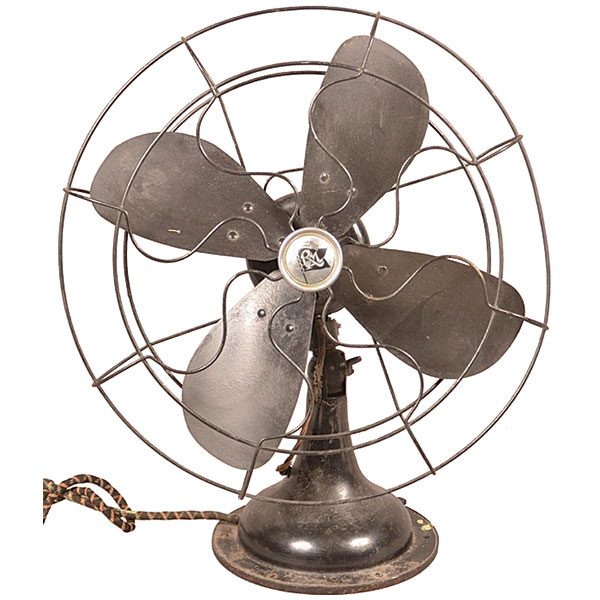