Q: I recently picked up a Bavarian porcelain bowl with a beautiful painted scene. It has a rectangular shield-shaped mark with a crown-like top and the letter “A” beneath the crown. The shield has the letters “C” and “S” with the word “Bavaria” diagonally between them. Can tell me anything about it?

A: This mark was used from 1892-1923 by the Carl Schumann Porcelain Factory of Arzberg, Germany. Carl’s father, Christian, and his partner started the factory under the name Schumann & Riess in 1881. Carl inherited the factory after Christian died in 1884. His mother ran the factory until 1896. In 1892, when Carl turned 21, the factory was renamed Carl Schumann G.m.b.H. & Co. K.G. The company stayed in the family and was run at various times by Carl’s mother, Carl, and his son, also named Carl. The name changed slightly in 1923 to Carl Schumann A.G.. In 1990 they joined another company to become Carl Schumann Arzberg Colditz Freiberg. The factory closed in 1994. 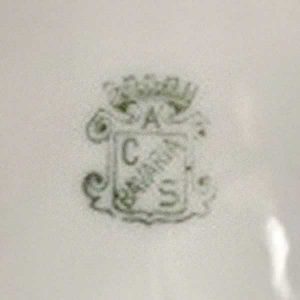 Usually we have already submitted all the sitemaps in the search console, if any changes on the url and url parameter then we need to edit the relative sitemap in the root of the code base and then deploy to the stage and live server after that we need to delete that specific sitemap and update the sitemap again. After 7-15 days it will show the updated sitemap data.

For sitemap submission we need to go to the search console then click on the sitemap on the left side menu.