Words of Wisdom (Letter to Lee)

Last year was one of the strangest I have seen. They say the train was an idea that changed the world the most because before it, even with the help of a horse, a person could travel only 12 miles in a day. We have been facing greater changes: computers; the internet that makes the world accessible via a small screen; and an ancient problem, a pandemic. Stress often leads to a psychological desire to own something old. Or, the opposite, to want only the new. Here are some old and new, space-saving collectibles you can own even if you live in a small apartment. 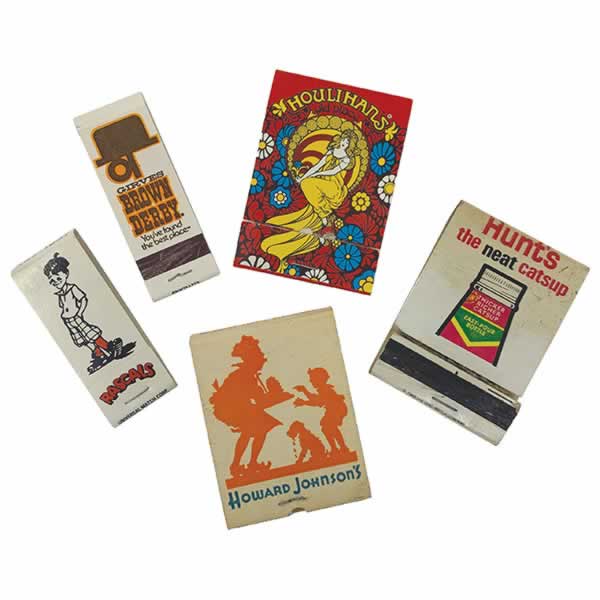 A matchbook collector is a phillumenist. In the 1890s wooden matches were given away in small boxes with pictures of pretty ladies and an address on the cover. By the early 1900s, large wooden matches in boxes were kept in tin holders in the kitchen to light the stove, and cardboard packs of matches in folded covers with ads were free at every restaurant, hotel, airline and stores that sold smoking or camping equipment. Today, online ads feature thousands of vintage matchbooks for sale, most for $1 to $20. 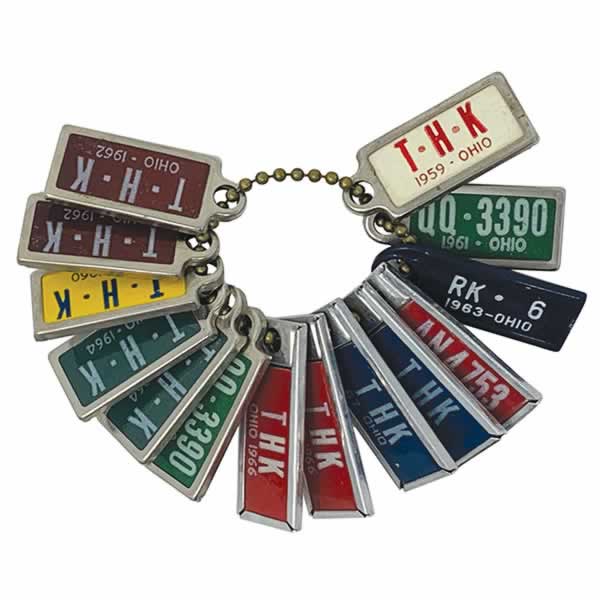 Miniature car license plates were sent as charitable freebies in the 1940s, and others made for bikes and toys were sold or sent free by car dealers and others as part of a key chain. The most famous are the Disabled American Veterans license plates used to raise money from about 1941 to the 1970s. Miniature car plates were used as ads for companies like B. F. Goodrich in the 1930s. The back of the plate asked the finder to send it back to “Disabled American Veterans, National headquarters, Cincinnati, Ohio.” The tiny license plate and keys were matched to the state list of car owners and returned.

Pictured is my collection of Kovel tags from 1959 to 1967. We had special number tags and although I drove an old car, I had my initials on the plate. I have a newer car now but the same great automobile license plate.

There are lots more possibilities. Swizzle sticks, brass buttons, dress designer labels, fairings, antique paper pill boxes, miniature jugs with messages, souvenir spoons, and my favorite, hot in the 1990s but now is a past fad, banana stickers. When asked what I collected in an interview I said, “banana stickers.” Eventually the stickers had so much publicity there were clubs and books and meetings, many overseas. A 15-year-old boy in Denmark kept writing about my collection in his club newsletter. There are many sticker clubs listed online, as well as a Sticker Collectors Club on Facebook with more than 1,100 members.