This is a members-only article from Kovels On Antiques & Collectibles newsletter that is FREE for non-members today. To learn more about antiques and collectibles from the experts at Kovels, sign up for a FREE TRIAL today.

Kovels On Antiques & Collectibles newsletter is available as a print subscription, or as a digital version that is included in the Kovels Knowledge and Kovels All Access memberships. Start your Kovels Knowledge Free Trial now, or login.

You don’t have to be a collector to be familiar with the name Fisher-Price. Preschool toys made by the East Aurora, New York, company have been part of playrooms and nurseries since the 1930s. Most young children today still have a version of the plastic Rock-A-Stack colored rings.

Every toy designed by Fisher-Price was well-made, entertaining, and promoted learning. Infants and toddlers like to push or pull toys and it helps with their development. Wooden (splinter-resistant Ponderosa pine) Fisher-Price pull toys made in the 1930s and ’40s covered with colorful laminated paper lithographs can sell for thousands of dollars. The company’s first pull toy was the Dr. Doodle duck made in 1931. When the duck is pulled by his cord, the duck waddles, raises and lowers his long neck, opens his bill, and quacks. A 1941 pull toy, the Raggedy Ann and Andy Parade, sold in 2015 for $6,100. Disney characters licensed by Fisher-Price in 1935 usually bring good prices. A wooden Mickey Mouse Choo-Choo pull toy from c.1938 recently sold for $154. Plastic parts were added in the 1950s.

In 1957 inventor Arthur Holt sold his design for a small plastic dome filled with colorful balls to Fisher-Price for just $50. The Corn Popper went on to be one of the most popular children’s toys of all time. Although the shape has been streamlined and the materials changed, the concept remains the same. It was designed to keep a toddler moving. The popper sends the enclosed plastic gumball-sized balls flying and hitting the plastic dome to create its signature popping noise. An example from 1980 recently sold on eBay for $50. Another movable Fisher-Price classic is the Pull-A-Tune Xylophone. A version that claimed to be from 1964 sold on eBay for $18.

How about those small people?

The evolution of Fisher-Price Little People is interesting. The shapes and materials reflect the times. In 1950, three Fisher-Price toymakers designed the wooden Looky Fire Truck with three fixed round-headed firefighters on top. The trucks had a price tag of $1.59. Recently an original model sold at auction for $144. The Safety School Bus pull toy was developed in 1959. The original has a wooden base, plastic top, and six wooden removable freestanding people with very few facial features and no arms. These figures became part of the Play Family line and eventually called “Little People.” By the 1960s, Little People were made from plastic and in 1997, arms, legs, and molded hair were added. Soon the figures lost their narrow peg body and became wider to prevent children from choking on them. Fisher-Price’s Little People continue to be top sellers.

The Rock-a-Stack toy by Fisher-Price has colorful rings that are placed in order of size onto a rocking pole. It was designed to teach children hand-eye coordination as well as the color wheel. The pole was originally wooden and the number of rings has been reduced from six to five. Since the introduction of the Rock-a-Stack in 1960, over 65 million have been sold. It continues to be the best-selling item in the Fisher-Price line.

The Fisher-Price five-point creed, introduced in 1931:

Prices from auction houses include buyer’s premium. Price ranges listed were found online at the time of publication. 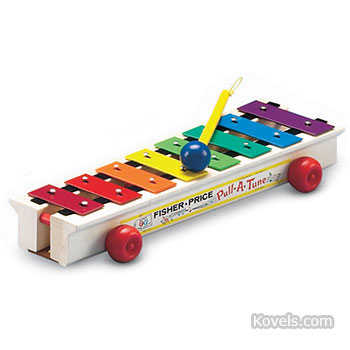 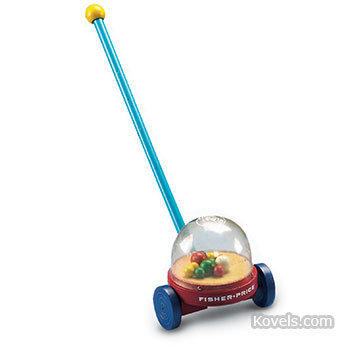 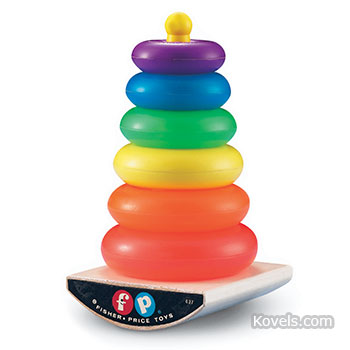 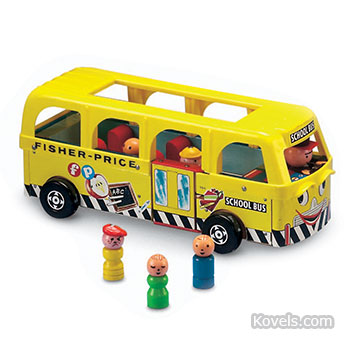 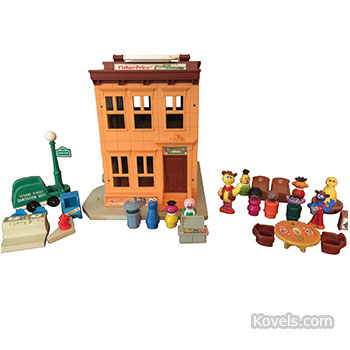 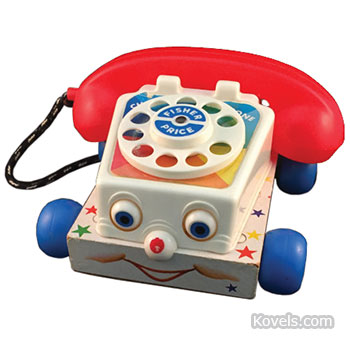 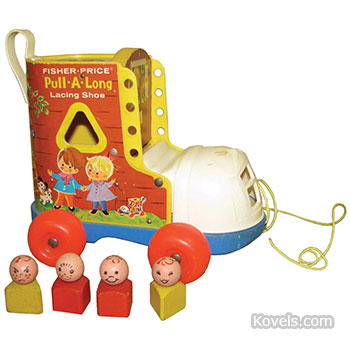 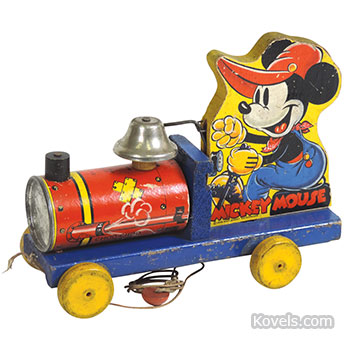 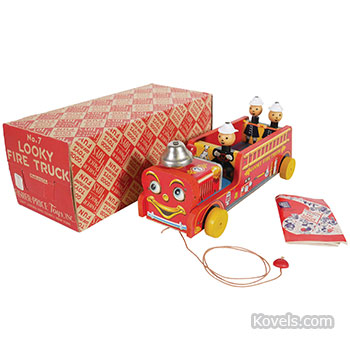