Old fakes never die. They just hide for a few years and reappear after they are forgotten. Carl Wilhelm Becker (1772-1830) is still probably the most successful antique coin forger and his coins are a puzzle even for modern collectors.

The largest fake scam of the 1970s was the Wells Fargo Belt Buckle exploit. Large brass buckles marked Tiffany & Co. were sold by a London company to American dealers. Since belts with buckles were in style, many were bought as vintage pieces by the famous Tiffany store (who insisted they never made a Wells Fargo buckle). Soon a fake book with doctored old catalog pages “proved” the buckles were real and prices rose to over $800 for “rare” examples. We traced the book “Tiffany & Gaylord Express & Exhibition Belt Plates” to a company that did school yearbooks and noticed the vintage order pages had been altered to include pictures of the buckles. There was a long fictitious history of the makers, designs and sales. They even quoted a fakes expert, Percy Seibert, who claimed to have known Butch Cassidy and the Sundance Kid. Thousands (the book says millions) of buckles were sold for up to $800 before the buckle fakes were exposed.

But it didn’t end there. Today there are cheap, lightweight copies of the original Wells Fargo fakes. Even new Wells Fargo designs are sometimes thought to be old. And impossible designs like Mickey Mouse, Coca-Cola, Southern Comfort Whiskey, Levi Strauss & Co., Kansas State Penitentiary, Alcatraz, Remington, Winchester, Texas Rangers, Buffalo Jubilee and many different patterns of belt plates in the style of Wells Fargo buckles were made. Watch out. We see them at many flea markets, some being sold as new fantasy buckles and some still thought to be antiques. 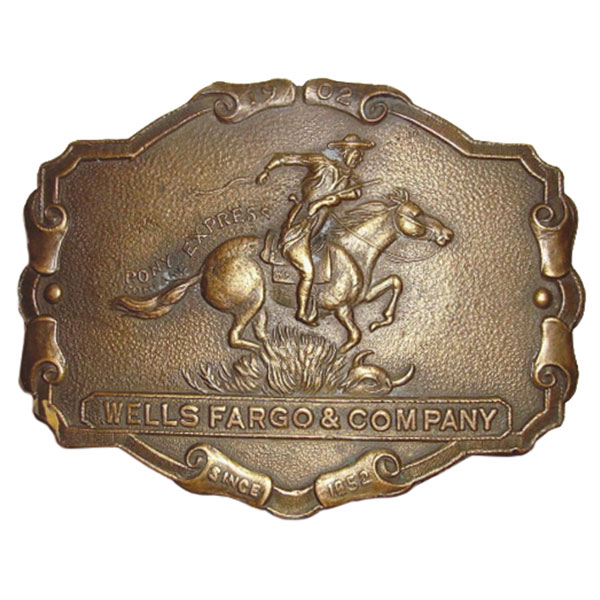 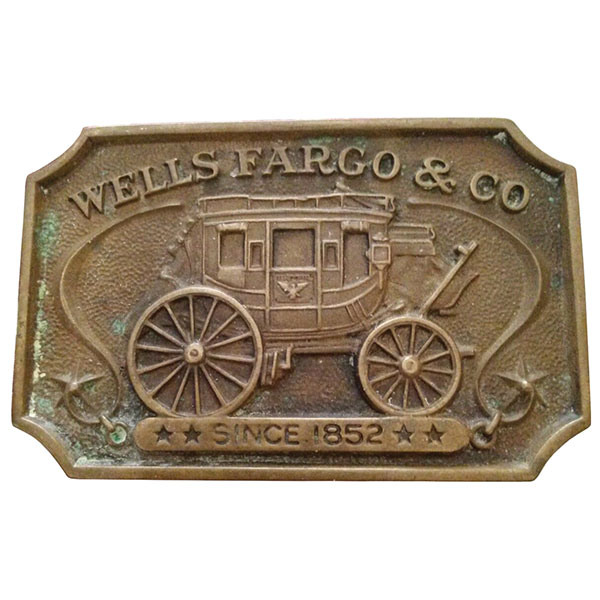