Poor-quality copies of Griswold cast-iron cookware have been around since the 1980s. Many are poor-quality copies of miniature skillets and waffle irons made in China. You could be fooled if you have never seen the genuine article. Fakes are poorly cast, have an unpolished cooking surface, rust easily and are smaller than originals. Other Griswold fakes known to be on the market include copies of the #262 cornstick pan, #0 toy teakettle, Santa cake mold, rabbit cake mold and leftover batter pan. Learn more about Griswold fakes at CastIronCollector.com/fakes.php. Griswold Manufacturing Co. of Erie, Pa., made cast-iron cookware from 1885 to 1957. 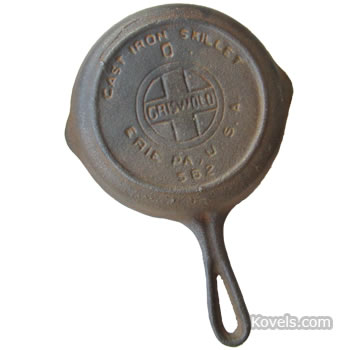 I have a Griswold Skillet that is numbered #13 is this of value I believe it is an original.