“Found” used furniture usually comes with surprises, the most common being fleas or cushions reeking of cigarette smoke. It’s a common problem for collectors who search flea markets and thrift stores and websites such as Craigslist and Facebook Marketplace. But one woman from Southern California found something else in the two free couches and a matching chair she found through Craigslist. While cleaning and inspecting the chair — something savvy collectors know to do with found pieces— she discovered envelopes filled with cash totaling $36,000. Did she go on a spending spree? Nope! She called up the donor and gave all the money back.

“My mom learned the family was giving away furniture after a loved one passed away,” her daughter was quoted as saying. The family, who had found some money hidden around the house, but not anywhere near that much, plan on using the money for funeral expenses. As gratitude, they gave the finder $2,200. She’s going to use it to buy a new refrigerator for her home.

Moral of the story? Check out new treasures, especially desks, purses and other personal items, carefully. You never know what you will find. Second moral of the story? There are some truly honest people out in the world. 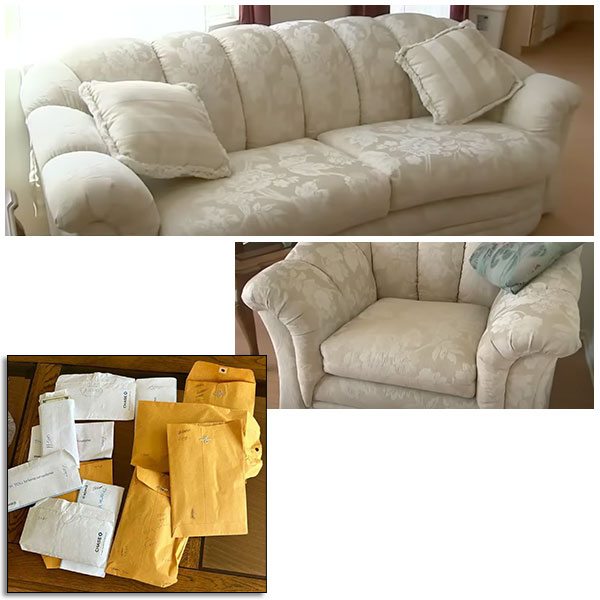