England never fails to produce for amateur metal detectives and history buffs. This year, armed only with a metal detector, a man found a gold and garnet fitting that would have been used on a sword made in the 6th or 7th century. The adornment, which helped keep swords in their sheath, was likely lost by some ancient lord or early medieval king in what is now Norfolk, England. Sword pyramids usually come in pairs, but this one was found alone, meaning its owner may have misplaced it while “careening around the countryside,” according to the BBC.

Shaped like a pyramid with a truncated peak, the artifact’s square base measures less than half an inch on each side. The pyramid’s four faces feature two distinct designs, both of which have inlaid garnets probably imported from India or Sri Lanka. The gemstones’ presence speaks to the existence of trade between Europe and Asia at that time.

The Sutton Hoo area near Woodbridge in Suffolk, England, is the location of  a major archeological find — 18 mounds consisting of a burial ship which included a royal burial chamber.  The story of this discovery in 1939 was made into a Netflix movie, The Dig. 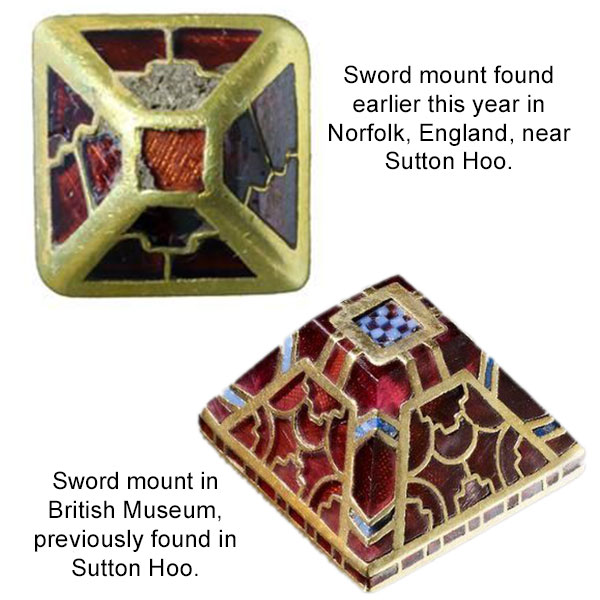