Who knew that a headmaster’s granting permission to skip classes — and a lot of luck — could be so memorable! A 33-minute cassette of four Danish students interviewing John Lennon and Yoko Ono during the couple’s January 1970 visit to Thy in Jutland, Denmark, was auctioned Sept. 28, 2021, at Bruun Rasmussen Auction House in Copenhagen. Lennon and Ono were spending the winter in the remote city to work out the future living arrangements of Ono’s 5-year-old daughter, Kyoko, who was living with her father in northern Jutland. They had hoped to stay incognito, but word got out and Lennon organized a news conference.

Four boys who wrote for their high school newspaper asked to be excused from classes and braved a snowstorm in the hope of snagging an interview. Lennon said yes! For years the recording of that conversation remained in the students’ possession, shared only with family members, until the students — now in their late 60s — decided to sell. The anonymous buyer made a telephone bid of 49,760 euros ($58,000) for the cassette, as well as accompanying Polaroid photographs of the schoolboys with Lennon and a copy of a school newspaper. The buyer will not have the right to use the tape for profit. According to reports, topics in the tape “range from the couple’s peace campaign, the Beatles, Lennon’s hair, and his frustration with his image as part of the ‘Fab Four.’ ” The tape also includes a different version of the song “Give Peace a Chance.” 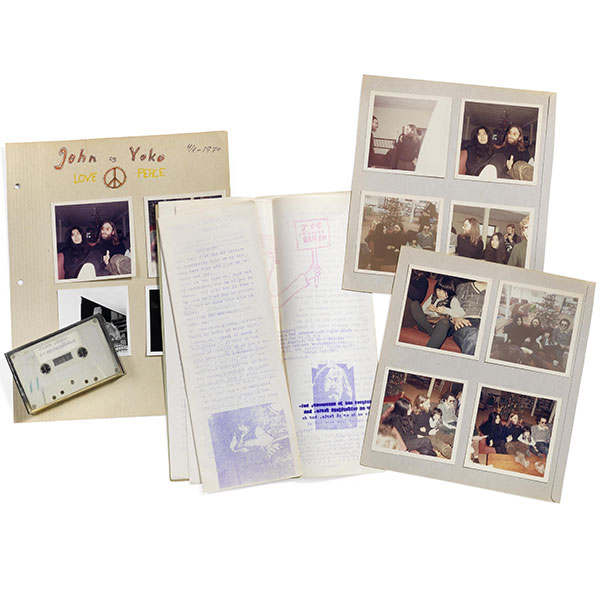