What’s in your grandmother’s living room? If there is a simple yellow bookshelf and storage unit, do not donate it or throw it away. It might be both valuable and rare. A newlywed couple’s purchase in the 1950s of a bright yellow, plastic-coated plywood storage unit for $100 has paid off 70 years later. The rare, first-edition Eames Storage Unit owned by the now 98-year-old widow recently sold at auction for $48,000 to the Eames House, the former home of Charles and Ray Eames in Los Angeles.

Just starting their household in the 1950s, Maurice and Nancy Allen of Franklin, Michigan, bought the Eames Storage Unit for $100. It was a geometric and brightly-colored lightweight system of freestanding cabinets made of plastic-coated plywood, enameled Masonite, and steel framing. After her husband’s death, Nancy, 98, moved to Pennsylvania to be with her children. Her son and daughter hired Le Shoppe Too and Detroit Fine Art Appraisals in Detroit to go through their mother’s furniture and other possessions. It turns out the Eames Storage Unit was designed post-World War II by Charles and Ray Eames, two of the most influential American designers in the 20th century. The Herman Miller Furniture Company began marketing these storage units in 1950 – shortly before Maurice and Nancy spotted one while shopping for apartment furniture. 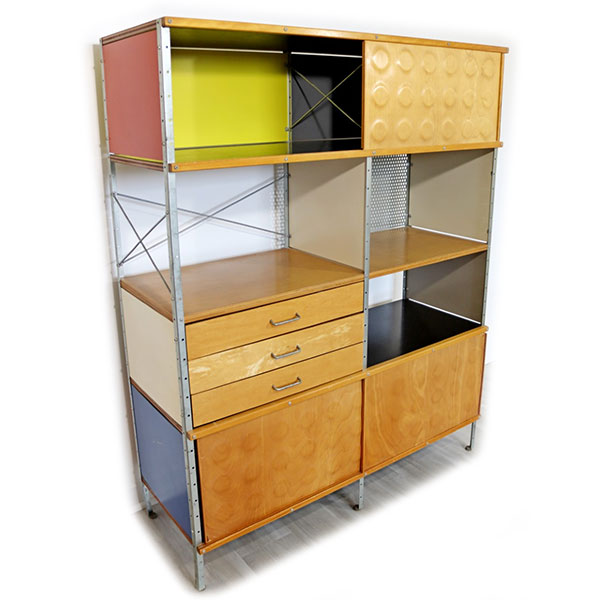