It was worth the wait to see pictures: Forrest Fenn, the 89-year-old art and antiquities collector has released photographs of the treasure (and its really nice, bronze “treasure chest”) discovered several weeks ago by an anonymous treasure hunter. Adventurers searched the Rocky Mountains for more than 10 years looking for the chest, reportedly filled with $1 million in gold coins, nuggets and jewelry. It was filled, then hidden, by Fenn 10 years ago to “inspire people to explore nature and give hope to people affected by the Great Recession.” He put clues leading to the treasure’s location in a 24-line poem published in his 2010 autobiography “The Thrill of the Chase.”

One picture captures the image of a small, bronze chest nestled on rocks, dirt and grass. It is caked in dirt, with its lid wide open to reveal baggies filled to the brim with what looks like jewelry, laying atop coins, a gold nugget and a rusty key. Two other photos show Fenn sitting at a table, pulling coins and nuggets out of the cleaned chest and wearing a tarnished silver bracelet. 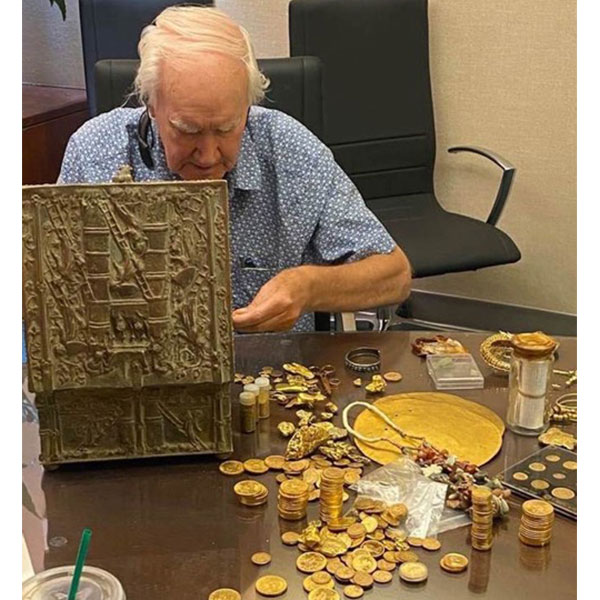 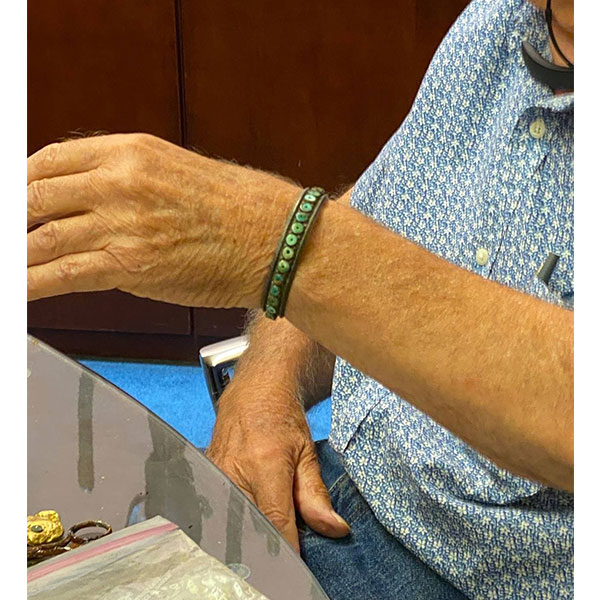 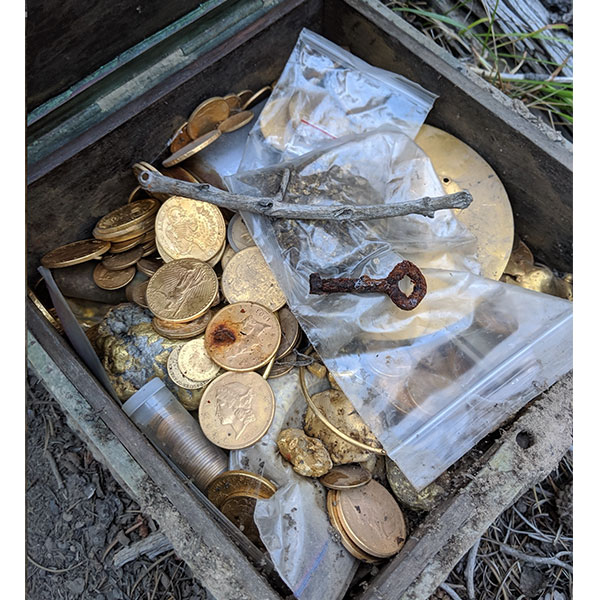