You never know where a masterpiece might be discovered! A 400-year-old “lost” portrait of the Duke of Buckingham by Peter Paul Rubens was identified by an expert from a British TV series called “Britain’s Lost Masterpieces.” It was in the Glasgow Museum collection on public display at the Pollok House, one of the city’s stately homes.  The picture had been restored several times, and the over-painting and layers of old dirt led earlier experts to think it was a copy by another artist. The Duke was a close friend of James I, King of England (known as James VI in Scotland). The Duke was assassinated in 1628 when he was 35. The painting was again being cleaned and restored when analysis revealed the wood it was painted on was from the 1620s and it was like wood used in the Rubens’ studio. The cleaning and x-rays showed it was not a copy. The painting will be shown on the first of the new series of TV shows, then put back on display at Pollok House.

Other valuable paintings have been found under old “restorations.” We remember that years ago, the Catholic Bishop in Cleveland decided the Church should sell the large expensive home used by his predecessors and its contents. We went to the sale but didn’t buy anything. There were many large religious oil paintings that sold for low prices. We heard later that several were taken to the museum to be cleaned. The restoration work included removing the over-painting done by an amateur who touched up the church pictures each year. Many of the pictures proved to be valuable paintings by known 18th and 19th century artists. 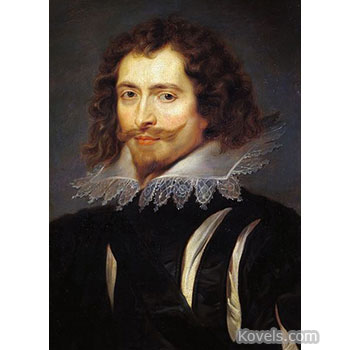