Renovating? Look What They Found in a 100-Year-Old Building

Workers who were renovating a 100-year-old hotel were surprised by what they found during demolition. The glimpse of the past shows that, in some ways, life wasn’t that different from today! They found an advertisement for a matchmaking service for new settlers, an ad for a hypnotist with psychic powers, railway playing cards, old maps, an unusual cherry pitter and various bottles and tins. Those are just some of the collectibles found during the renovation of the old hotel in Edmonton, Alberta, Canada. All the items give collectors and history lovers a look at what life might have been like in the 1890s during the gold rush days.

An Edmonton architect is working to preserve the everyday artifacts found inside the building named the Pendennis. Built in the 1890s, the Pendennis Building housed the Lodge Hotel for decades. It expanded around 1911 to include a drug store.

Local museums are interested in parts of the collection. But rather than split its history up, the owners of Pendennis plan to display the objects when the building reopens later this year. Sometimes, things found behind walls can be priceless! 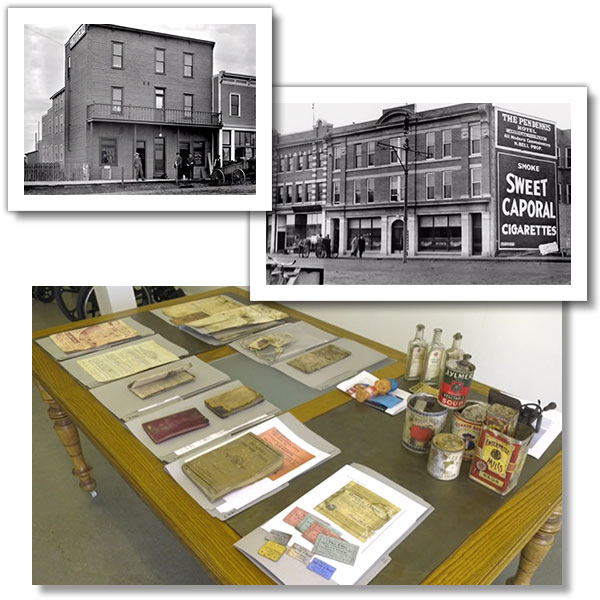 2 responses to “Renovating? Look What They Found in a 100-Year-Old Building”