A rare and well-preserved Babe Ruth 1916 rookie baseball card, hidden for decades inside an old, non-working player piano, will provide one Maryland woman with a much more comfortable retirement. The card, known as the “Piano Babe Ruth” card, sold April 26 for more than $130,000 to an anonymous buyer. The pre-sale estimate had been $60,000-$75,000.

It all started in 1992 when Ellen Kelly bought her aunt’s old player piano for $25 at an estate sale. Kelly, who had always liked the player piano and had never been allowed to touch it, discovered a hidden treasure trove of sports memorabilia during repair work. Included in the collection — that also had cards for 22 Hall of Fame players such as Walter Johnson, Grover Cleveland Alexander and Eddie Collins — was the 1916, blank-back rookie card of Babe Ruth (#151). At the time, he was the young pitcher for the Boston Red Sox. The card is viewed as one of the top sports collectibles.

Kept in a safety deposit box since the discovery, Kelly decided to sell some of the collection to help with her retirement and other family expenses. A total of 112 cards — about half the collection — were auctioned at Goodwin & Co. 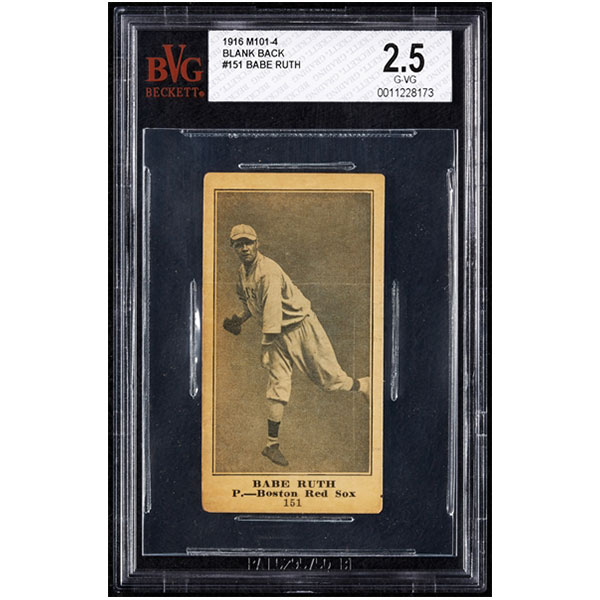