What Looked Like a Can of Herring, Turned Out to Be Gold

An amateur treasure hunter out for a casual day of using his new metal detector in the Danish countryside uncovered a stash of 22 gold medallions inscribed with mystical symbols, the Danish government recently announced. The gold artifacts are thought to be 1,500 years old, dating back to the Iron Age.

First-time treasure hunter Ole Ginnerup Schytz had only been out with his new metal detector for a few hours when he made the discovery. Experts say the discovery in Denmark’s countryside is one of the largest and most important in Danish history. “I had no idea (what I had found),” Schytz said, “so all I could think of was that it looked like the lid of a can of herring.”

The medallions he found were popular in northern Europe around 300 to 700 B.C. Women would have worn the pendants, which were often inscribed with magical symbols or runes, for protection. Older artifacts found include gold coins from the Roman Empire that were converted into jewelry. The objects’ immaculate craftsmanship points to their original owner’s probable high status. 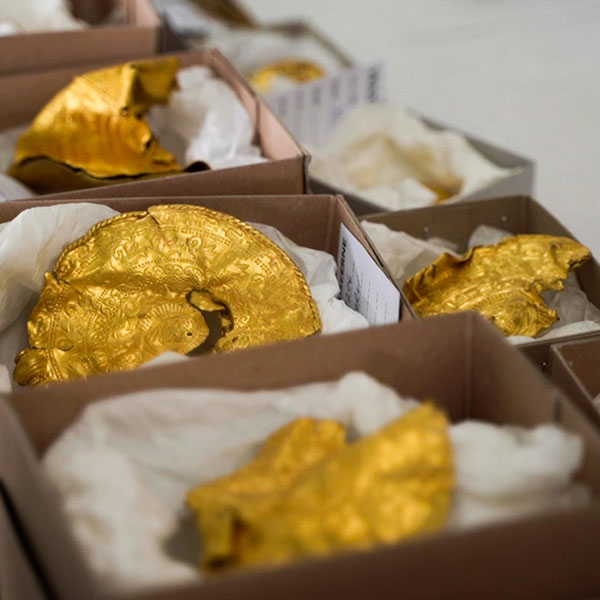