A radio show with Paul Harvey started in 1976 and became a huge success. He talked about forgotten historical events or the lives of well-known people. It always ended “And now, you know the rest of the story.” It’s hard to know if online information is new or old, so we try to bring you the updates of stories in our subscription newsletter, Kovels on Antiques & Collectibles, or our other writings. In May, 2018 we wrote a “Letter to Lee” article about a broken blue and white china teapot decorated with palm trees and birds that resembles Blue Willow china. Research showed that it was made of clay near a factory in Cainhoy, South Carolina, the first porcelain factory in the colonies. Nine pieces have been found in total. The first, a teapot with a broken handle and no lid, sold to the Metropolitan Museum in 2018 for $806,000. The others, mostly on loan to museums, are four teacups two saucers. The last two pieces, a tea bowl and saucer, have a different decoration known as “The Man On The Bridge.” These two sold in 2019 for $65,227. All were found in England but since the factory was in the colonies, there just might be an unidentified family heirloom somewhere in an attic in the United States. 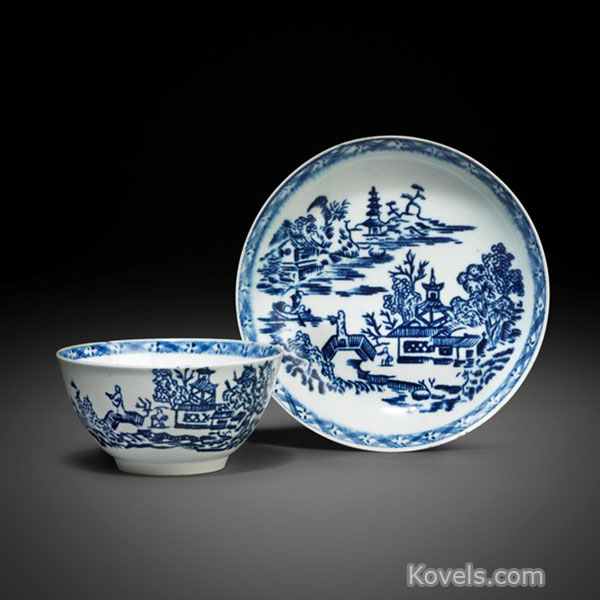