And the winner is … a medical school student from Michigan! The man who found a $1 million treasure chest buried for more than a decade in the Rocky Mountains has been identified as Jack Stuef, age 32. A lawsuit prompted Stuef to identify himself as the one who found the treasure buried by retired art dealer Forrest Fenn, with a poem from Fenn’s memoir The Thrill of the Chase offering clues to its location. The chest was filled with coins and gold nuggets. Fenn announced June 6 that the treasure had been found, but he did not say who found it or where. He said in July the treasure was found in Wyoming. He died in September at age 90 without identifying the finder.

Stuef’s identity has been confirmed by Fenn’s grandson, Shiloh Forrest Old. Steuf had spent many hours in his youth trying to solve mysteries and find hidden treasure. Once he heard about the Fenn treasure, he became obsessed pursuing it, and he read anything he could about Fenn to try and understand him better. The hours he spent researching and treasure hunting ultimately paid off. Stuef said he originally asked not to be identified so he wouldn’t be harassed.

Forrest Old said they decided to identify the winner because of a lawsuit by a woman who believed the treasure was hidden in New Mexico and she claims the finder succeeded by hacking her texts and emails.

The treasure is in a secure location in New Mexico, and Stuef plans to use it to pay medical school loans. 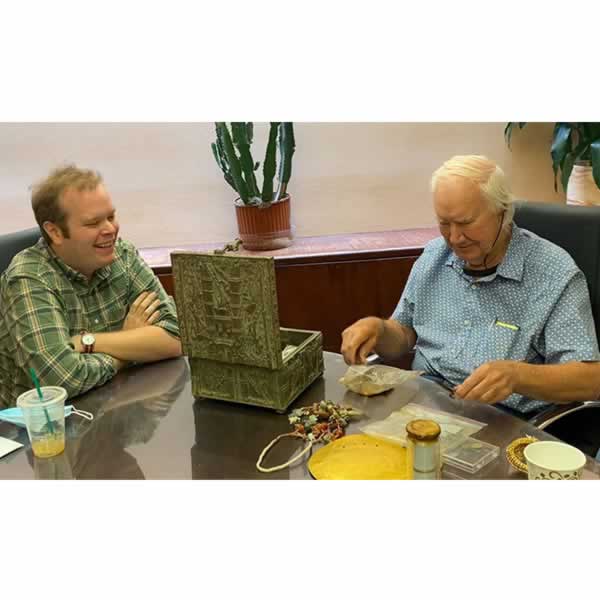