Another “lost” million-dollar painting has surfaced! This time it’s an oil painting by French artist Charles Meynier (1768-1832), a contemporary of the famous Jacques-Louis David. Historians lost track of the 4- by 6-foot painting titled “The Departure of Telemachus” after it was shown at the Paris Salon in 1800. But now they know it was bought in the 1930s and remained with the buyer until recently, when it was taken to a French auction house in Nantes. A British bidder paid $2,765,000 (including premium). That was more than four times the $558,000 paid in 1997, the previous record for the artist. 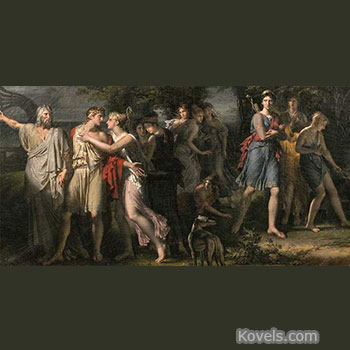 7 responses to ““Lost” Masterpiece Sells at Auction in France”