Careful what you throw away. An antiques dealer in Scotland bought a carved walrus ivory chess piece in 1964 for $6. He put it in a drawer where it was almost forgotten for 55 years. After he died, his daughter inherited his things. Searching through the house, she found the forgotten ivory carving wrapped in a bag in the drawer. She said she had been fond of the chess piece when she was young. She used to take it out of the drawer to admire the carved features and mysterious look and thought it might even have magical qualities.

The family decided to take it to Sotheby’s to discuss a sale. The expert at the auction house immediately recognized the 3- 1/2-inch-high carving as a piece from a chess set found on the Isle of Lewis in Scotland in 1831. Called the Lewis Chessmen, the set is well-known, part of legends and stories. Ninety-three game pieces were discovered; a knight and four warriors were missing. Eighty-two of the pieces are in the British Museum in London and eleven are in the National Museum of Scotland in Edinburgh. This piece is called a “warder,” what modern chess players would call a rook. The theory is that the set was carved between the late 12th and early 13th centuries in Norway. The appraiser immediately suggested the carving was a missing piece and research began – art history analysis, provenance searches, comparison to other Lewis Chessmen, and the physical condition of the piece. The experts are certain this is part of the set, but research will continue to try to learn where it has been.

Sotheby’s will auction the ivory chess piece on July 2. We will report the price, which may be close to a million dollars. 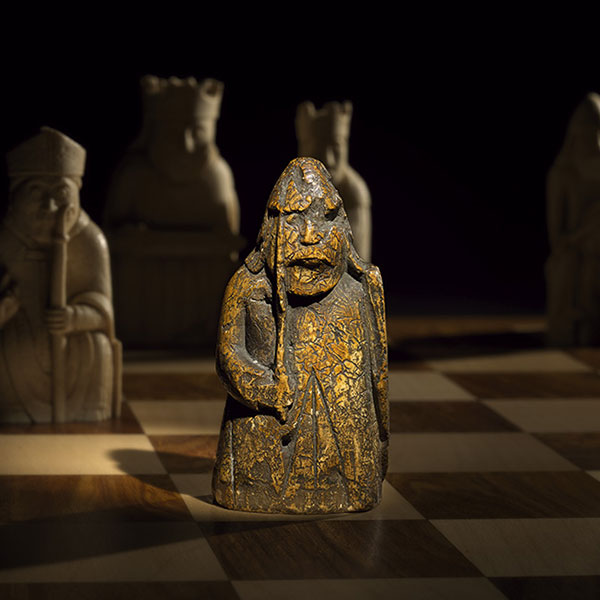