It Often Pays to Clean a Painting

“Portrait of a Woman” went from being considered a masterpiece by Dutch painter Rembrandt (1606-1669), to being declared as a “knock-off” painted by an unknown assistant, to now being worth potentially 10s of millions of dollars. A cleaning and new examination with modern methods led to experts re-evaluating its origin BACK to the paintbrush of Rembrandt himself.

In the 1970s, the Rembrandt Research Project, a Dutch organization that investigates attribution claims, decided the portrait that had been donated in 1961 to the Allentown Art Museum in Pennsylvania as likely the work an assistant or student of Rembrandt. Earlier X-ray analyses had some historians questioning the authenticity of the brushwork. The apparent lack of clarity in the subject’s clothing also fueled doubts, as did concerns about the artist’s signature, which is painted differently from those on many of his other works.

Two years ago, the painting was sent to New York University for conservation and cleaning. Removing decades of grime and layers of varnish from previous “restorations” cleared away the doubts about the brush strokes and subtle hues. And it turns out the signature used on this portrait is consistent with other works from that year, 1632, when the painter, whose full name was Rembrandt van Rijn, briefly wrote his name as “RHLvan Rijn.”

“Portrait of a Young Woman” is expected to go back on display in Allentown on June 7. The museum is planning an accompanying exhibition that will explore the processes of conservation and attribution. 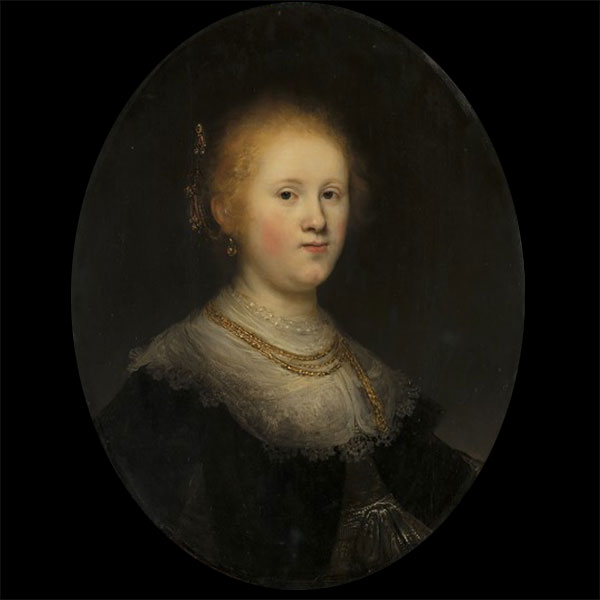