How Safe is a Storage Locker?

An air-conditioned storage locker with a double lock in Boca Raton, Florida, seemed okay. The owner of the contents and the collection was in the locker in November, then again in December, and all was well. But his visit January 8 told another story. His comic book collection, worth more than $1 million dollars, was gone. He had over 400 Batman and Detective Comics from the 1930s and 1940s, as well as others. Randy Lawrence started his collection when he was 6 (he is now 58). Some save gold, gems, stocks or even hoard cash for retirement. He was counting on his comic book collection as his nest

Lawrence has posted a list of the comics, but he is not giving details of the theft because a suspect has already been arrested in Arizona and he does not want to interfere in the investigation. He sent e-mails to websites in the comic book collectors’ community, and they will be watching for offers to sell any of these rare comic books. He has heard from people all over the world who want to help. We will report any clues.

For more on the popularity of comic book collecting, don’t miss our March Kovels On Antiques & Collectibles newsletter, which details the “why” and the “how” of comic book collecting. If you are not a print subscriber, subscribe or request a free issue. Kovels On Antiques & Collectibles (digital edition) comes with any Kovels.com premium subscriptions. 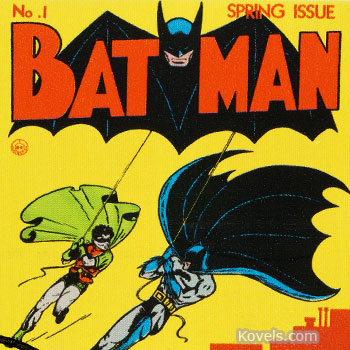