OK, collectors. Always remember this: It pays to have a good eye — and follow your gut instincts at house and garage sales. Earlier this year, the owner of Hansons Auctioneers was visiting a house sale in Mansfield, England, just before it started. His eyes were drawn to a blue and white vase filled with dried flowers. Charles Hanson asked the seller if he knew anything about the vase. He said that it had been given to his father when he was working as a chauffeur in the 1950s. Yep, you are probably already ahead of us with this story. It turns out that the vase found by Hanson was a 400-year-old Chinese bottle vase. Long-story short, the vase was pulled out of the house sale and put in an auction with a starting price of about $65. But it ended up being pulled out of that sale after some large online bids, studied more closely, and verified as being from about 1640 and a valuable antique. On April 1, 2022, it sold for $18,842, three times its top estimate.

We wonder if the new owners will be putting dried flowers in it! 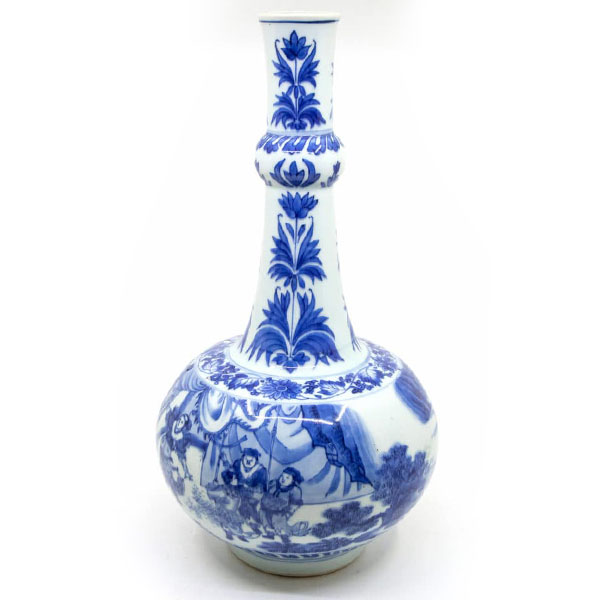