Hurricane Dorian was destructive and long, devastating parts of the Bahamas, but it also brought to shore some long-lost relics of the Civil War. After the hurricane brushed past parts of the East Coast, a couple went looking for artifacts on Folly Beach, South Carolina. Underneath a pile of brush, they found two Civil War-era cannonballs, an 8-inch cannonball and a 3-inch shell.

As soon as they made their discovery, the couple called authorities, who in turn called in explosive ordnance disposal experts from the Charleston County Sheriff’s Office and the U.S. Air Force. The cannonballs were taken to a safe location and will likely be destroyed.

In 1863, Folly Beach Island was occupied by Union Forces. Thanks to roads, forts, an artillery battery and a supply depot, the the area had the ability to house 13,000 troops and their equipment. It’s only 12 miles from Fort Sumter, where the first shots of the Civil War were fired.

This is not the first time cannonballs have been discovered in the area. Some 16 were uncovered on Folly Beach after Hurricane Matthew in 2016. Those were destroyed by Air Force officials. 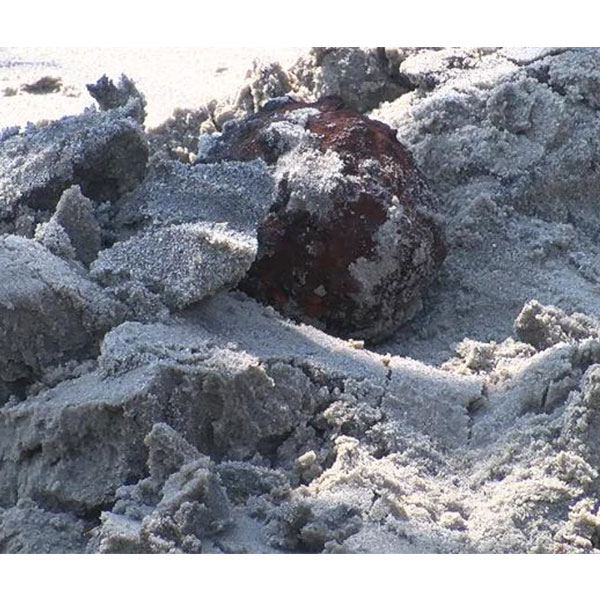 6 responses to “History Uncovered on Beach After Hurricane Dorian”