You know those boxes of tangled costume jewelry found at nearly every garage sale? It might be worth it to look a little closer at the jewelry. A Norwegian woman named Mari Ingelin Heskestad bought just such a jumble of jewelry in an auction. She was astute enough to spot something she knew might be different from the rest: a heavy, twisted gold ring. “It was really heavy, and shiny,” she told a newspaper. “It looked very special.” Instead of selling it, Heskestad took it to the municipal cultural heritage department of Vestland County, in Western Norway. Experts there confirmed that the ring dated to the late Iron Age or Viking Age. This is the first time a Viking era ring was found in an online auction. The size of the ring suggests it belonged to a man, likely a powerful one. Gold was rare during the Viking Age, so it was reserved for society’s wealthiest.

The auction house, which has not yet been identified, said the ring came from an estate whose contents arrived in a series of banana crates in the summer of 2021. The ring has been sent to the University Museum in Bergen, where it is due to go on view this fall. 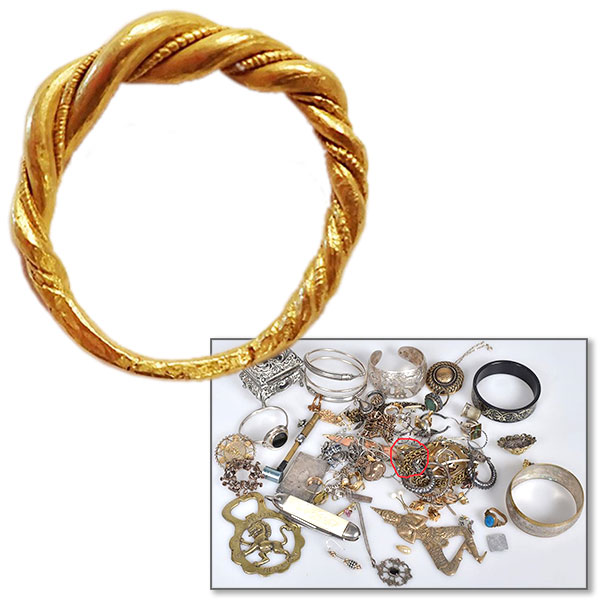