Seen from the eyes of babes: A woman in England loved a painting of a man she called “Charley” that had been owned by her grandparents. Her 7-year-old history buff son loved it, too. But he suspected something the grownups didn’t: that the painting was of one of his favorite historical kings, the 17th-century monarch Charles II.

Thanks to a popular British TV show on restoration called The Repair Shop, Dylan Maggs and his mother Elizabeth Vella discovered the portrait was not a 19th century work, as Elizabeth thought and had packed away, but a rare, highly detailed 1660 portrait of Charles II, painted during his reign.

Because Dylan loved the painting so much, Elizabeth had taken the portrait to the show’s restorers. It was covered in layers of grime and even soup splashes from being on the dining room wall. Painting conservator Lucia Scalisi painstakingly cleaned and restored the work, along with its gold-leaf covered frame, which also dated to the 17th century. Scalisi said the age of the painting became apparent when she studied the weave of the canvas.

The painting has not been valued. The portrait is by an unknown artist, but Scalisi thinks it is based on an engraving by the printmaker Sir Robert Peake. It was common in the 17th century for artists to copy engravings.

“It’s actually really cool, I can’t put it into words. I think I’m almost the luckiest person on the planet, to have a painting that’s that old,” said Dylan, who has turned 8 since the show was recorded. 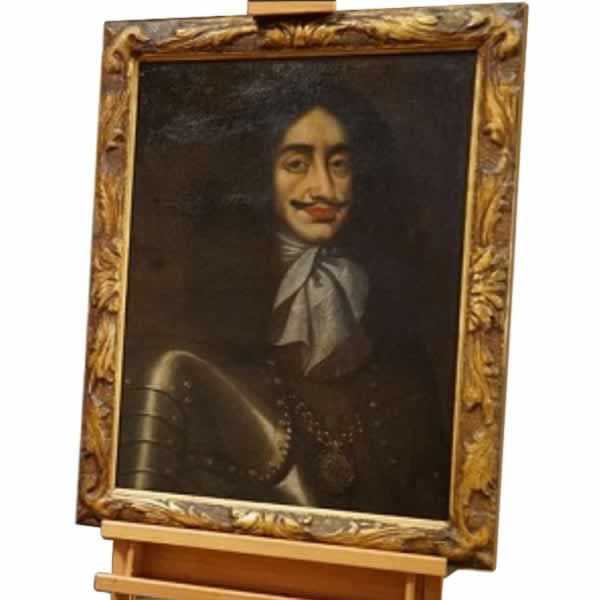