An important piece of history from the Wild West sold for an astounding record price. The gun used by Sheriff Pat Garrett to kill the notorious outlaw Billy the Kid on July 14, 1881, auctioned in Los Angeles for $6 million, double its estimate. The 1880 Colt single action revolver has a 7 1/2-inch barrel and a well-worn walnut grip but is considered in very good condition.

The gun is one of the most well-documented historical firearms. It was accompanied by a notarized document confirming its provenance, its chain of ownership, which was expected to greatly influence its price. Bidders bid on the provenance of an item as much as the item itself. It stated that the gun belonged to Billy’s gang before it was confiscated by Garrett.

Billy the Kid and Garrett were both old ranch hands of Pete Maxwell, who owned a ranch in New Mexico. The two were once friends. As the legend has it, after being appointed sheriff, Garrett tracked down and captured the fugitive, Billy the Kid, for all his crimes. Billy escaped on April 28, 1881, from Lincoln County Jail after being convicted two weeks earlier and sentenced to hang. Instead of leaving the country, he went back to Maxwell’s ranch, possibly having an affair with Maxwell’s sister. On the night of the gunfight, both Billy and Garrett made their way separately to Maxwell’s ranch. Garrett arrived first, looking for information, and as he sat with Maxwell in the dark, Billy, looking for food, entered the room. Garrett fired, hitting The Kid in the chest, who himself managed a single shot. Billy the Kid died in Maxwell’s bedroom. 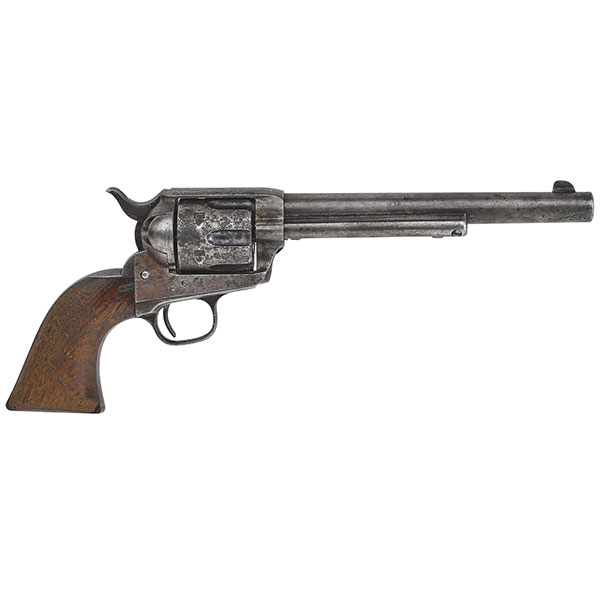