Sometimes a gamble pays off when you buy a collectible. Kevin DeMattia, owner of Emperor Norton’s Boozeland, a San Francisco bar, collected Norton memorabilia. DeMattia was asked to buy an 1878 promissory note issued by “Emperor” Joshua Norton, a San Francisco character who called himself “Norton I, Emperor of the United States” in 1859. Norton printed and hand-signed thousands of notes in various denominations, promising to repay the recipient in 1880 – along with interest of five cents. The notes were accepted as money at some of the restaurants and shops that knew him. People also bought them as keepsakes of the popular town figure. Norton died in January 1880. When the San Francisco Fire of 1906 destroyed most of the city, few of the promissory notes survived. They are collector’s items.

The 141-year-old fifty-cent note DeMattia bought for $1,000 was tested and declared original by a vintage currency expert. Collectors say it is worth $15,000 or more. But it won’t be sold for a while. A framed copy will be hung in the bar to remind patrons of the eccentric businessman who lost his fortune and then invented a country, a title, dressed in a uniform, and even literally “made” money that he hand signed. 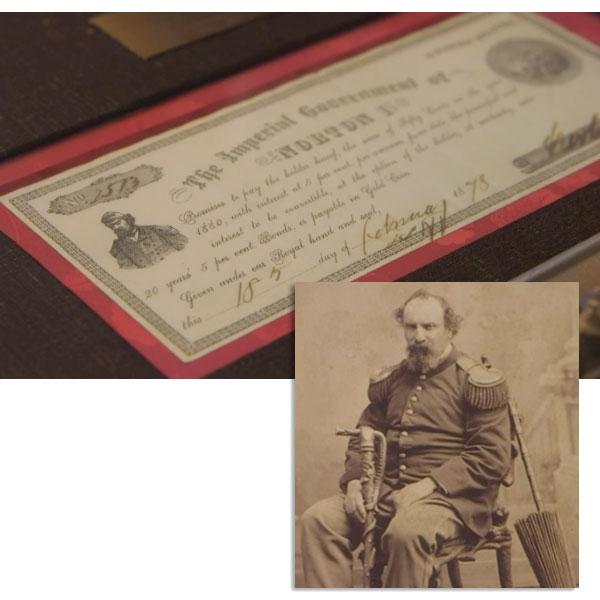 One response to “Fifty Cent Promissory Note Worth $15,000”