Dumpster Art Find Is Worth $2.6 Million

In September 2017, Connecticut mechanic Jared Whipple was hunting for car parts in an old barn being prepared for sale when he found more than just old fenders and carburetors. He saved a treasure trove of artwork that had been thrown in a dumpster. Upset at the thought of a person’s life work being tossed — and thinking he could use some of it as Halloween decorations — Whipple took all of it home, including large canvases, watercolors, pastels and drawings. The art turned out to the be the life’s work of artist Francis Mattson Hines (1920 – 2016), an American abstract expressionist artist known for his large-scale public wrapped works.

Whipple contacted Hines’ family, who gave him permission to keep the work, and Hines’ former art dealer introduced him to others in the art world. The paintings will be for sale in May for between $12,500 and $20,000 each. The entire collection could be worth up to $1.2 million.

For Whipple, the artwork changed the course of his life. In an Instagram video he described how getting the cold shoulder from museums and galleries that didn’t take him seriously as he approached them with the Hines artwork motivated him to “build [his] own art world” at his Connecticut facility, which now features local artists and bands.

Other unusual dumpster finds: In 2007, a woman spotted a colorful painting between two Manhattan trash cans. It turned out to be a stolen $1 million painting with a $15,000 reward. Dumpster diving is particularly lucrative in Germany. In 2020, a valuable Surrealist painting by Yves Tanguy turned up in a trashcan at Dusseldorf airport. And two 17th-century oil paintings were found in 2021 in a highway dumpster in southeast Germany. 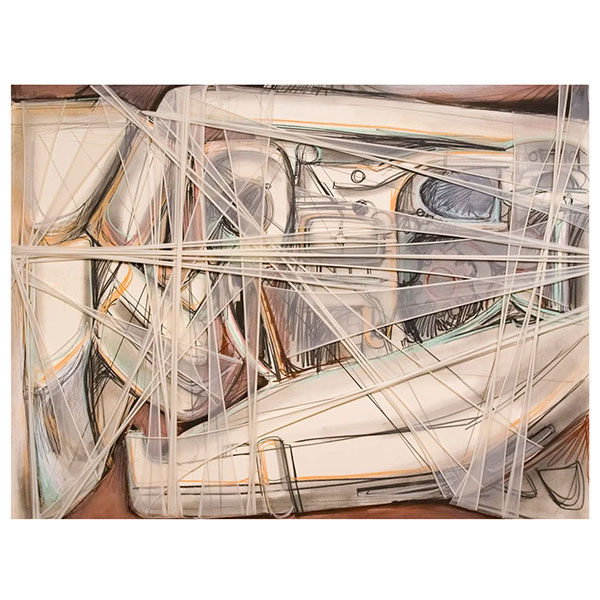 One response to “Dumpster Art Find Is Worth $2.6 Million”