The cold and snow of January might be more associated with hot comfort foods, but the month also marks the anniversary of a well-known ice cream treat. This week marks the 100th anniversary of the patent for the famous and still popular Eskimo Pie.

On January 24, 1922, Christian Kent Nelson of Ohio and his business partner Russell C. Stover received the patent for the Eskimo Pie. Nelson, who was also a teacher, owned a sweets shop. One day, a young customer couldn’t decide whether to buy ice cream or a chocolate bar. Nelson decided the two should be combined and came up with a “brick” using cocoa butter to make the chocolate outside. He made 500 bricks and called them “I-Scream’ Bars.” They were a hit at the local village fireman’s picnic and in July, 1921 Nelson paired up with chocolate maker Stover to make and market the treat — renamed Eskimo Pie at Stover’s request.  They sold rights to local ice cream companies for between $500 and $1,000 and royalties for each Eskimo Pie sold. By Spring 1922 more than 1 million pies were sold daily and royalties were as much as $2000 per day.

Unfortunately, the patent was vague and didn’t describe the formula used for the coating. Soon the two were fighting a very expensive battle to keep it the invention their own. Russell Stover pulled out in 1923 to start the candy company that bears his name. In 1924, Nelson sold the company to the firm that made its wrapper, the U.S. Foil Corporation, later the Reynolds Metals Company. Their invention, however, lives on, now renamed Edy’s Pie. 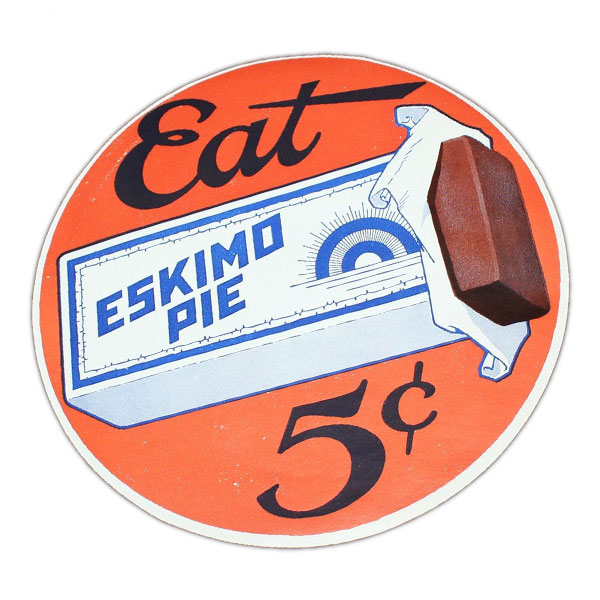