A Last Look at Thanksgiving Tradition

Our Thanksgiving dinner was “traditional” — turkey, green bean casserole, dressing with chestnuts, mashed potatoes and pumpkin pie, but it was a 20th century menu. In 1621, the pilgrims had very different food. The pumpkin was probably roasted and there was no pie. Potatoes were not grown in America until 1719, and the first known recipe for mashed potatoes wasn’t until 1747. Thomas Jefferson served the first publicized french fries at a White House dinner in 1802. The most recent “traditional dish” is the green bean casserole, introduced in 1955 by Dorcas Reilly, a home economist working for the Campbell Soup Company. She used canned foods — cut green beans, Campbell’s Cream of Mushroom Soup and canned French-fried onions with a little milk, soy sauce and pepper. Fun, and easy enough for a child to make. It was especially popular this year when there were warnings that fresh green salads should not be served because of the E. coli bacteria contamination discovered in romaine. 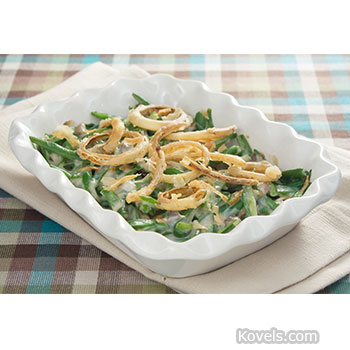 2 responses to “A Last Look at Thanksgiving Tradition”