Those stories of pirate treasure at the bottom of the ocean are sometimes true. In 2014, an 1857-S double eagle $20 gold coin was recovered from the shipwreck of the “S.S. Central America” that sank in the Atlantic Ocean off the coast of North Carolina in September 1857. It was discovered underwater, among piles of coins that had been in boxes as cargo sailing from San Francisco to New York. The coin had gained a natural, colorful toning that inspired the nickname “Supernova.” It sold for $282,000 at an auction in New Orleans. The previous record for an 1887-S $20 gold piece was $152,750, set in 2014. It came from the same shipwreck. 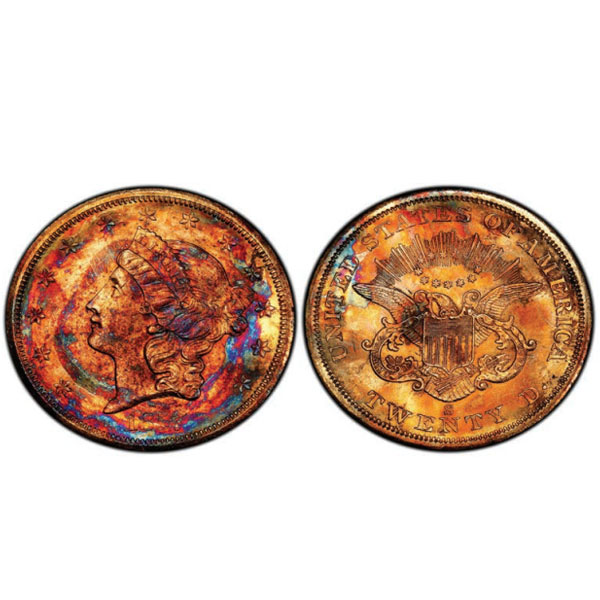