This year is the 105th anniversary of Congress approving the Mother’s Day holiday. The day at first was to honor mothers who had lost sons in war, not to celebrate mothers for being mothers. For decades, it has been a commercial bonanza for the greeting card industry, florists and restaurants. Today, add to that list videographers and photographers. Converting old family movies to video or digitizing fragile photographs are two popular gifts.

Mother’s Day involves some big spending: 2019 Mother’s Day gift-giving is expected to reach $25 billion, up from $23.1 billion in 2018. Many of those celebrating cited finding something unique (44 percent) as the most important factor when picking out a Mother’s Day gift, followed by one that creates a special memory (39 percent).

Vintage Mother’s Day cards are also popular. Greeting cards became popular in the U.S. in the 1880s when offset lithography made them less inexpensive. Folded greeting cards appeared about 1910. We love the new laser-cut 3-D cards that have intricate designs that pop up when opened – they are big sellers, but they are not the first of their kind. Collectors love the Victorian-era cards with die-cut images that open into three-dimensional views. Later versions from the early 1900s with folded honeycomb paper that pops open into a design are also popular but more expensive. The vintage Mother’s Day card pictured here has it all – it pops up, folds out and has die-cut and honeycomb paper decoration. It’s priced at $16 online. The latest laser-cut 3-D cards could be future collectibles, so save them! 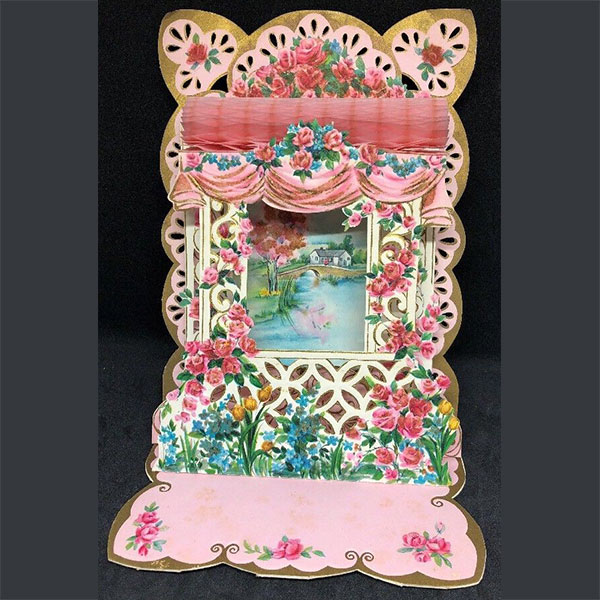