Rummage through your grandparent’s attic. And for the love of collecting, do not throw away any old comics and comic art you may find. National Comics Day is Sept. 25 and in recent years, vintage comic prices have been soaring at auctions. The genre is more than the traditional comic book. It has grown to include full-length books, or graphic novels. Maybe it is because since the pandemic, people have had more time to go through their old comic books and are renewing their interest in old hobbies. Or maybe they wanted to complete their collection and are buying. Movies and television shows with comic book superheroes and villains also have fed the collecting and selling frenzy.

Comic books have existed in America since the English printing of Swiss comic, The Adventures of Mr. Obadiah Oldbuck, in 1842, making it the first known American prototype comic book. Proto-comics began appearing in the early 20th century, with the first standard-sized comic being Funnies on Parade. The introduction of Jerry Siegel and Joe Shuster’s Superman in 1938 turned comic books into a major industry.

American comic book history is divided into five eras: The Golden Age with superheroes and villains began in the 1930s; The Silver Age followed with the revival of the character of the Flash in 1956; in the early 1970s Marvel Comics introduced superheroes like the Fantastic Four and Spider-Man; and the Bronze Age is less defined, but ran roughly from the early 1970s through the mid 1980s. This era has darker story lines and deals with social issues such as racism.

The Modern Age of Comics runs from the mid 1980s until now. This era is also referred to as the Dark Age of Comic Books due to the serious content.

In celebration of National Comics Day, here is a list of some recent sales (September 2021) at Heritage Auctions: 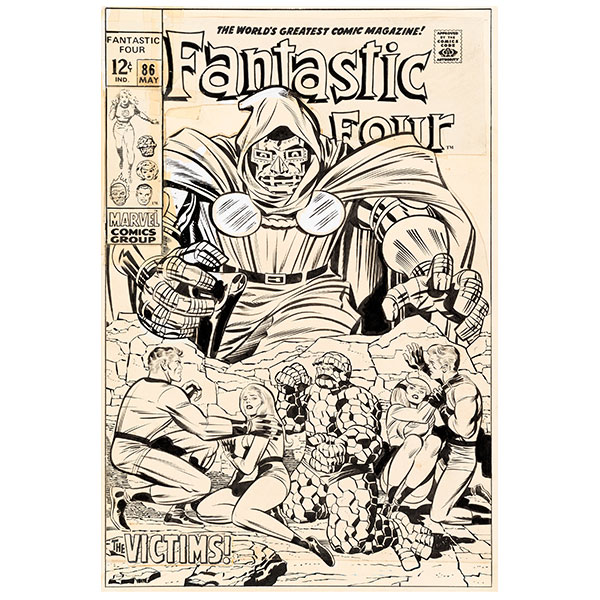 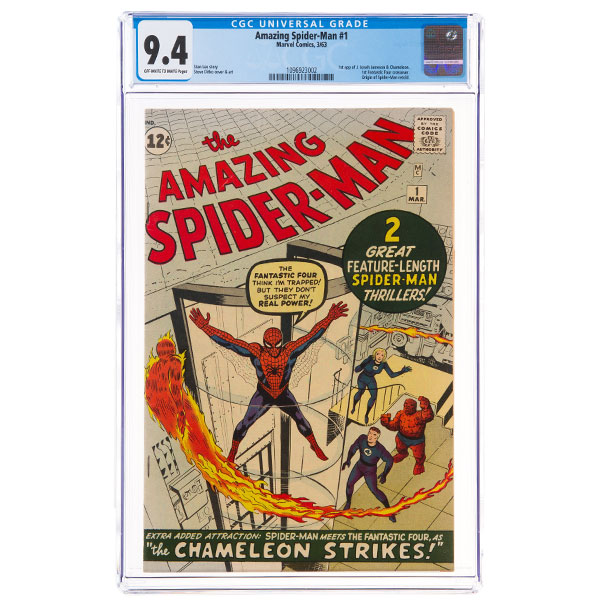 Spider-Man’s debut in Amazing Fantasy No. 15 sold for $3.6 million to become the world’s most valuable comic book. The sale broke the previous records for the first appearances of the granddaddies of all superheroes, Superman and Batman. 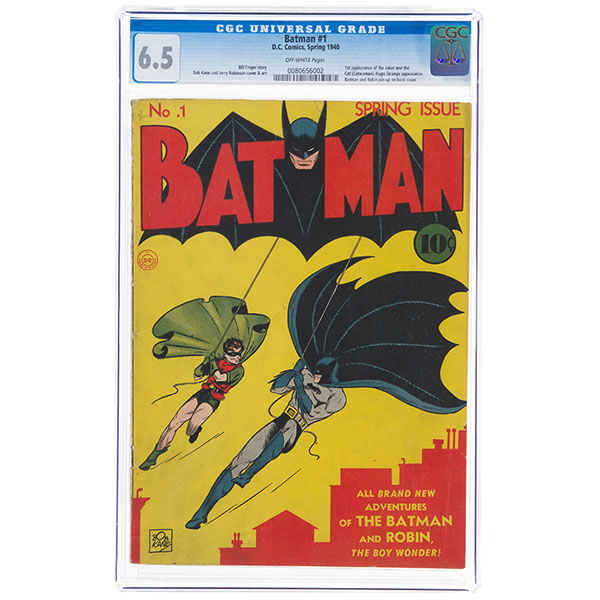 A Batman No. 1 brought $576,000, the highest price ever realized for that historic book in that grade. 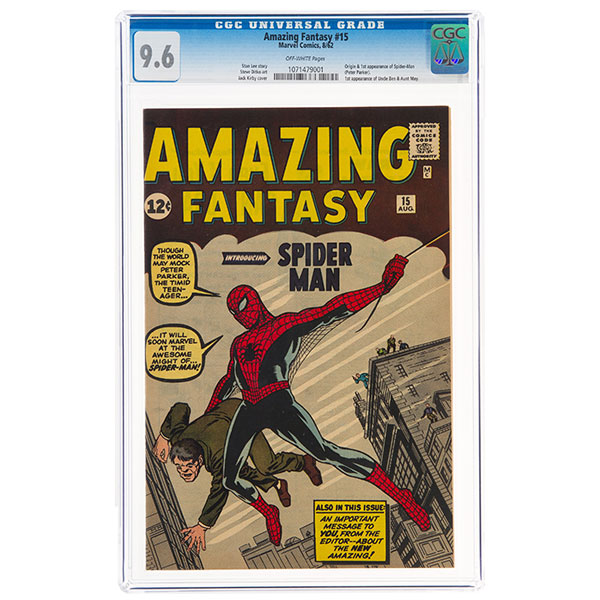 One response to “Shazaam! Comic Books, Artwork Getting Huge Prices”