Banners, scarves, cups, mugs, baseball caps — everything conceivable to promote a candidate or a party — can potentially be a collectible. Buttons, historical manuscripts, photographs and books connected to candidates or campaigns are also collectible. Celluloid pinback buttons were first used to promote a product or person at the Republican Presidential nominating convention of William McKinley in 1896, and a month later at the Democrat convention that nominated William Jennings Bryan. It was an American idea. A 7/8-inch Cox-Roosevelt jugate button set a record in September 2020, selling for $35,695. It is a well-known button that promoted James M. Cox and Franklin D. Roosevelt, the 1920 Democrat presidential and vice-presidential candidates.

Bandannas also have been used as political souvenirs since the founding of the country. In general, the older a political bandanna is and the better its colors, graphics and overall condition, the higher its price. The first bandanna was created by Martha Washington. It pictured her husband George on horseback. Bandannas remained popular political campaign promotions through the 1950s. The bandanna for Dwight D. Eisenhower’s 1952 campaign with the slogan “Win with IKE for President” was the most popular of these campaign items.

Be careful when buying presidential china (nearly each president selects a new pattern). Some stores were allowed to sell presidential-pattern dishes, but without a White House backstamp.  Even these dishes are expensive and can sell for over $1000, but pieces that were actually part of the original White House china sell for much more. 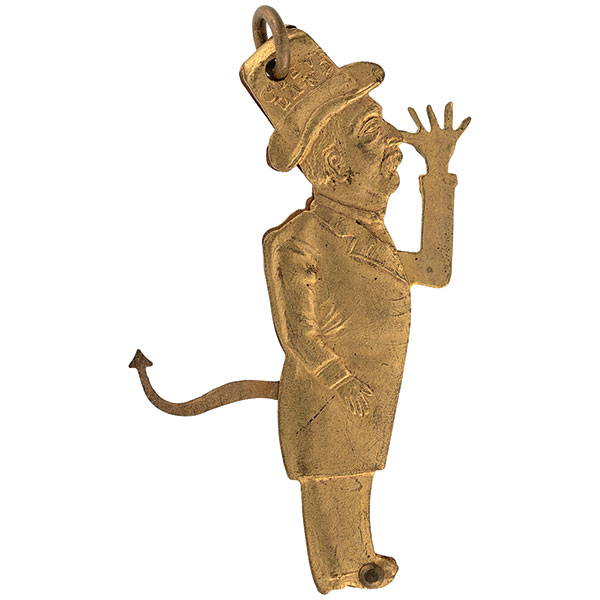 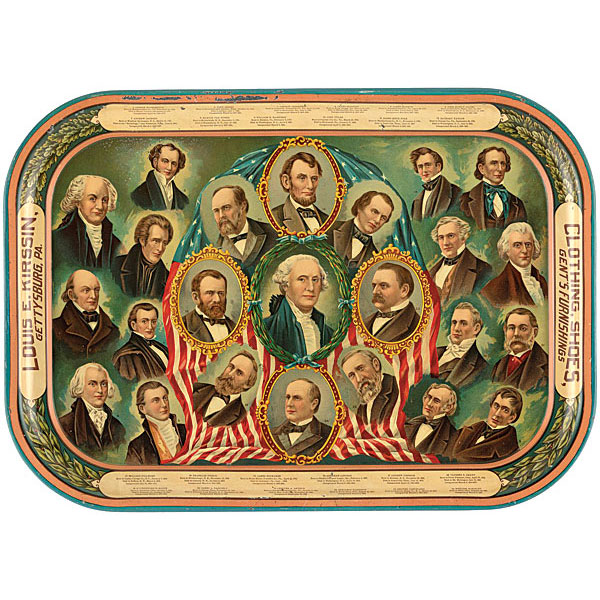