Old Christmas ornaments are great collectibles, cherished for sentimental reasons and holiday beauty as well as monetary value. German immigrants brought the tradition of Christmas tree ornaments with them when they settled in America in the 1840s. As you hunt for festive holiday decorations, Kovels suggests keeping an eye out for these 5 vintage treasures:

1. Blown glass balls and figural ornaments. The most valuable are those made in Germany before 1940. Kugels (meaning “ball” in German) are thick glass handblown balls with a silvery patina that were made in Germany starting about 1830. They sell for the most money. Too heavy to hang on a tree, they were used to decorate other parts of a home. Thinner versions were made after 1855 and used as tree ornaments. Clever figural glass animals, birds, people, fruit, pine cones, icicles and vehicles are also desirable. Those in rare colors like red or amber are worth more. After World War I, American makers began mass-producing glass ornaments and these sell for less. Look for those with metal caps marked Shiny-Brite, made from 1937 to 1960.

2. “Dresden” ornaments are another favorite. They were made from about 1880 to 1910 in the Leipzig-Dresden area of Germany. They were not made of porcelain as one might think but dampened cardboard that was pressed into complex shapes (not always associated with Christmas), painted, and decorated with gilt, tin, tinsel and other trim. Look for shapes from angels and gnomes to Swiss chalets and zeppelins.

3. Vintage Christmas tree lights are gaining in popularity. Candles had long been used to light up trees, but by the 1880s, electric bulbs were tried but were dangerous. Tree lighting didn’t become popular until after 1917, when safety bulbs were invented, and lights were put on strings. Collectors are drawn to mid-century examples like bubble lights (now being made again) and large teardrop shapes.

4. Santa is always the star. Collectors look for his likeness on ornaments, candy containers, toys and advertising in materials from cardboard and celluloid to papier-mache and tin. Especially desirable are Coca-Cola ads beginning in 1930 that feature Santa drinking Coke that helped shape America’s image of Santa.

5. Newer decorations sure to be collector favorites are those with space-age “sparkle” like aluminum trees and garlands, modern and unique blown glass pieces, non-religious celebrity or event-related items and depictions of Christmas villages or nativity scenes made of wood, cardboard and pottery.

And don’t forget the glass pickle! According to popular Christmas tradition, the first person to find the pickle hidden on the tree on Christmas morning will be blessed with good fortune and maybe an extra gift!

Merry Christmas and Happy Holidays from the Kovels! 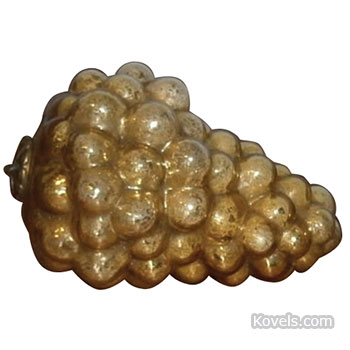 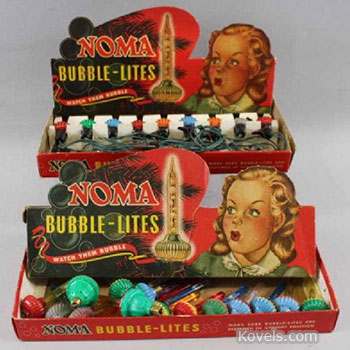 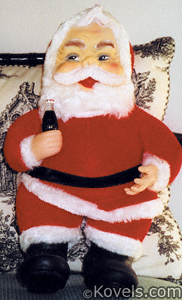 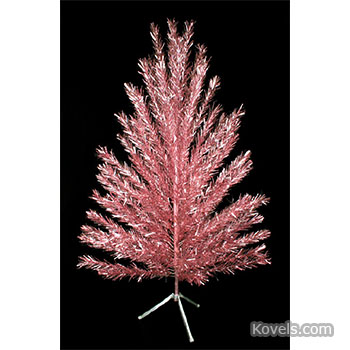 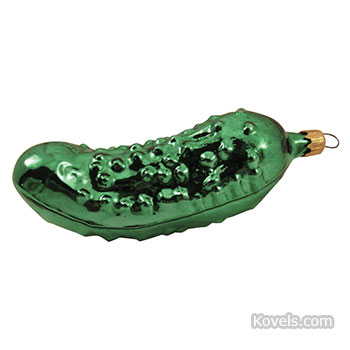