Sneaker collecting is an organized hobby these days with many books, apps, blogs, shows and websites to provide information. Sneakers weren’t popular collectibles until 1984, when Michael Jordan wore Air Jordans during a basketball game and was fined $5,000. Nike and Adidas started making limited edition sneakers by 1985, and soon investor “sneakerheads” were buying, selling and raising the prices of “old” sneakers. There have been collectors who hunt for game-worn or player-signed sneakers for as long as sports memorabilia has been collectible. But now sneakers are being collected by people who are drawn to the styles, designs and trading value, as well as the celebrities and players whose names they bear.

Like antique toys or vintage lunch boxes, sneakers represent the inner kid and bring back childhood memories. Collectors almost always remember the favorite sneakers they wore as a kid. And they also remember the first pair they bought with their own money. Collectors are inspired by sports or fashion, brand or style, but some just love them all. Some showcase their collection by buying sneakers in their size and wearing them. Others collect only brand new shoes in original boxes and never wear them. Some display them; some keep them stacked in their boxes. Some stand in line for hours trying to get the newest style or model. Others won’t buy into the “newest release” hype and refuse to stand in line, preferring instead the thrill of the hunt.

In 2017, a pair of Michael Jordan’s sneakers auctioned for $190,372.80, setting a record for the highest price paid for a pair of game-used sneakers. The Converses were worn in the final basketball game of the 1984 Olympics, won by the United States team over Spain. They had his autograph and came with his orthotic inserts. Before that, in 2013, a pair of Michael Jordan’s Nike Air Jordans sold at auction for $104,765.

Sneaker Con is a traveling event for shoe fanatics that was first organized in 2009. It brings together shoe sellers, customers who are buying and trading. Sneakers are now included in antiques and collectibles auctions, some sneaker specific, by Heritage Auctions and Abell Auction Co., as well as in online shops. They are also sold in shops at special events like Design Miami /Art Basel. And there are deals to be had, especially on older models. Look for “deadstock” – brand new, never worn, older, perhaps outdated or discontinued, stock, usually sold in its original box.

Here are 7 pairs of sneakers sold at auction with their prices: 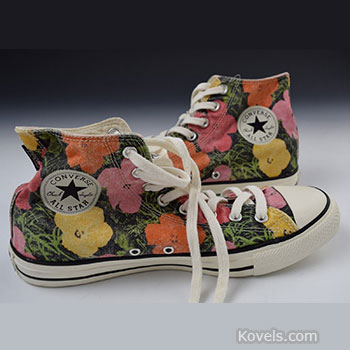 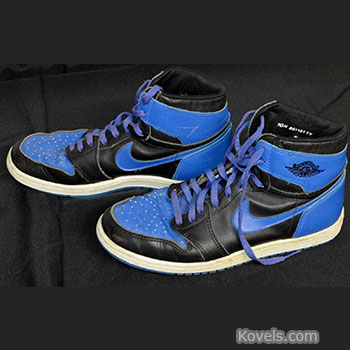 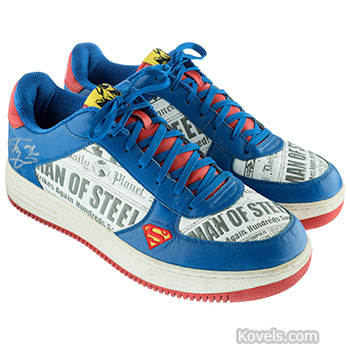 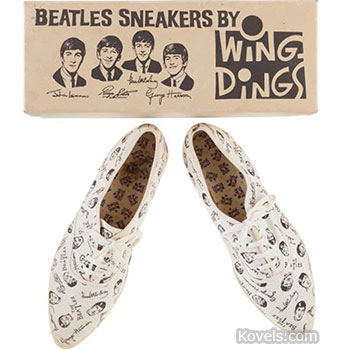 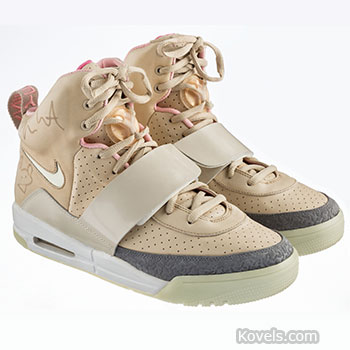 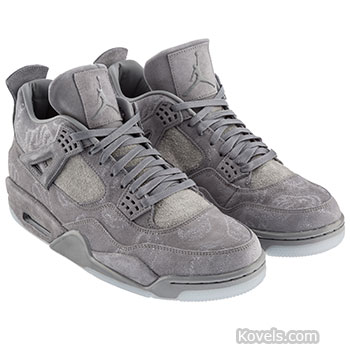 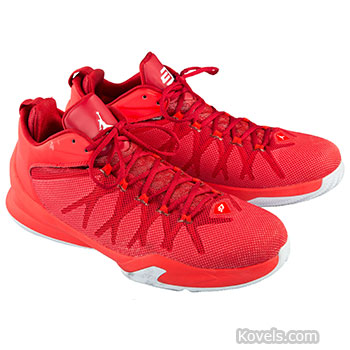