Ever look at something every day but not really see it?  How about suddenly discovering that a painting you thought was a copy turning out to be an authentic 16th-century work by a Flemish master — Jacob Jordaens (1593-1678) — whose work sold between $3,500 and $441,000 in 2020?  The painting titled “The Holy Family” hung in a planning and development office hall in Brussels, Belgium, since the 1960s.

The “incredible discovery” was made by the Royal Institute for Cultural Heritage with the help of international experts as part of an inventory. Jordaens was a leading Flemish Baroque painter, along with Peter Paul Rubens and Anthony van Dyck. Experts believe he created the work in 1617 or 1618 when he was just 25. Analysis found that the wood used in the panel depicting the Baby Jesus with Joseph, Mary and her mother, Saint Anne, came from the same tree as one used by Van Dyck. Art historian Constantin Pion said Van Dyck and Jordaens “very likely” worked in Rubens’ studio at the same time. Jordaens used the same composition, with variations, in three other “Holy Family” paintings held by the Metropolitan Museum of New York, the Hermitage in Saint Petersburg, Russia, and Munich’s Alte Pinakothek, the statement said.

After its restoration, the work will be shown at the end of next year at the Royal Museums of Fine Arts of Belgium in Brussels. 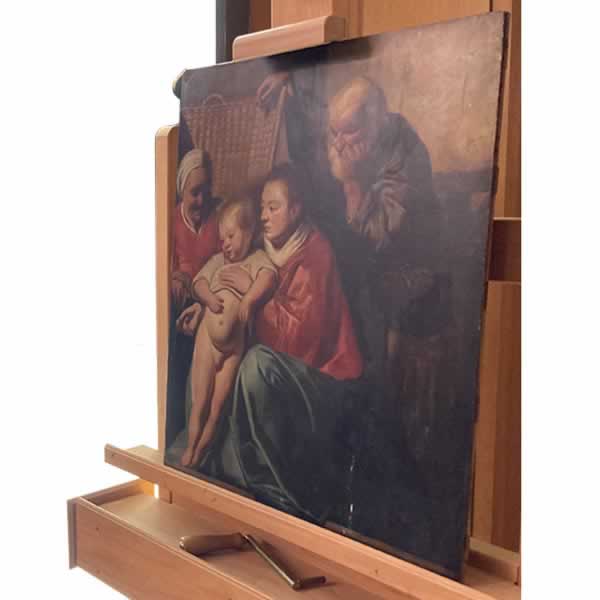