Thanksgiving decorations and memorabilia are not be as popular as Halloween or Christmas, but collectors can find figurines of turkeys, Pilgrims, Indians and cornucopias in ceramic, glass, pottery, paper and wood, as well as platters, dishes, turkey-shaped bowls, salt and pepper shakers, candy containers, postcards and textiles. Advertising and product labels, as well as boxes and cans that show Thanksgiving are also collectible.

Look at house sales and resale shops for large turkeys for the center of the table by Napco, National Potteries Corporation of Bedford, Ohio, a major distributor of inexpensive holiday wares from Japan in the 1950s and 60s.  They used four different marks, all using the company name.  Other importers also made holiday items overseas, moving to different countries as labor costs changed in Taiwan.

George Washington first proclaimed a “Day of Public Thanksgiving” to be observed on November 28, 1782, the last Thursday of November. In 1939, President Franklin Roosevelt changed it to the fourth Thursday (there were five Thursdays in November that year) to expand the Christmas shopping season and help bring the country out of the Depression. On Dec. 26, 1941, he made it official by signing a bill setting the fourth Thursday in November as the date for the Thanksgiving Day observance by federal law. 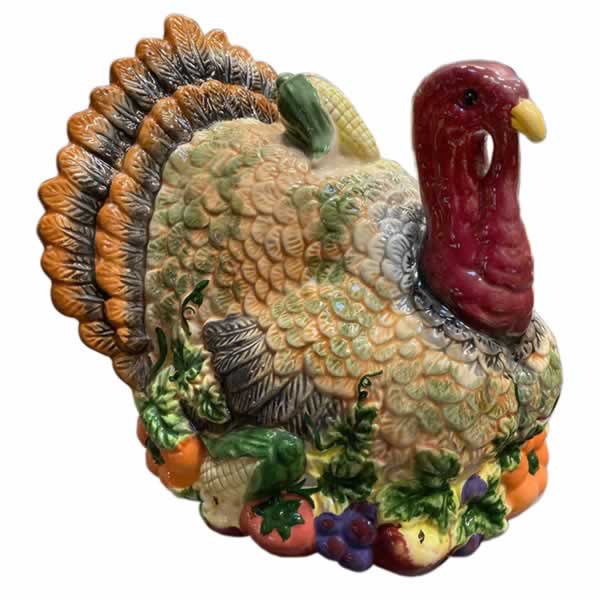 Large ceramic turkey. Stores often sell special turkey decorations. This turkey was sold at Marshalls at least 15 years ago for the special reduced price of $5.99. It is 8 inches wide and 8 1/2 inches high. The brightly colored glaze and large size make it a perfect table centerpiece. Value today, at least $50. 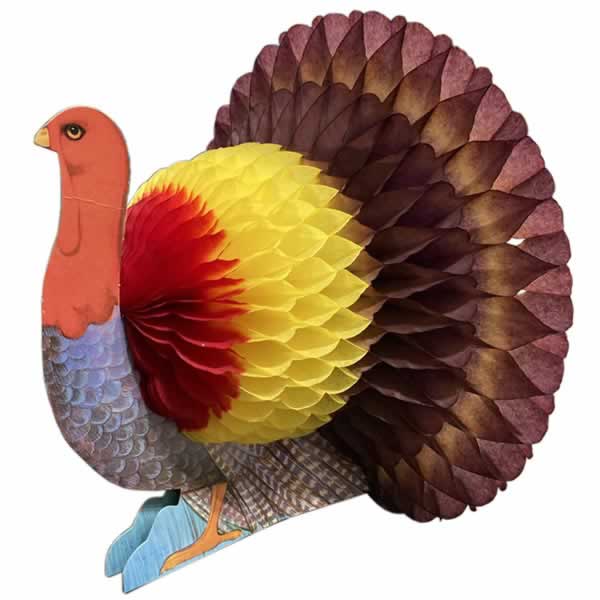 Honeycomb decorations have been made since 1900 by the inventor, the still-working Beistle Company in Pennsylvania. This 7-inch-tall folded turkey opens to display a paper honeycomb tail that is 11 inches wide. It is marked “Amscan, Made in Taiwan,” which means it was made in the 1980s or later. 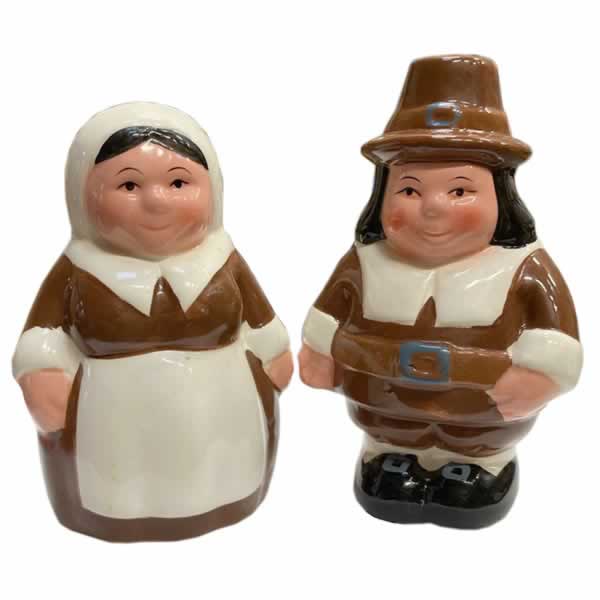 Pilgrim shaker sets. Publix grocery stores have sold pairs of 4-inch-high figural salt and pepper shakers of a pilgrim man and woman since 1991. This year the box set says  “Limited Edition” and sells for $6.63. Old sets with the box can sell for more. This pair was made in 2003; it says so on the bottom. There are even sets that represent their children. 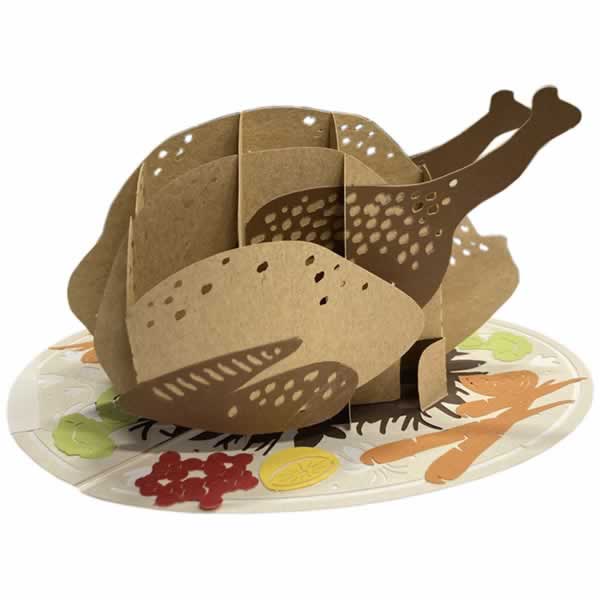 Brown turkey pop-up. You don’t see many cooked turkeys in decorations, but this “well done” paper cutout and honeycomb turkey popped up from a greeting card in 2017. Of course it was saved for the next Thanksgiving. It’s resting on a color drawing of a turkey platter with flat cutouts of carrots, broccoli and lemons. At 2 1/2 inches tall, the card cost $3 new and was made in Vietnam. 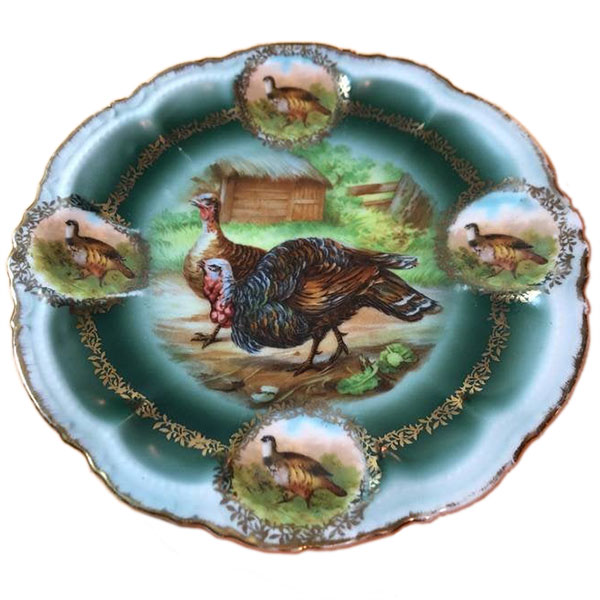 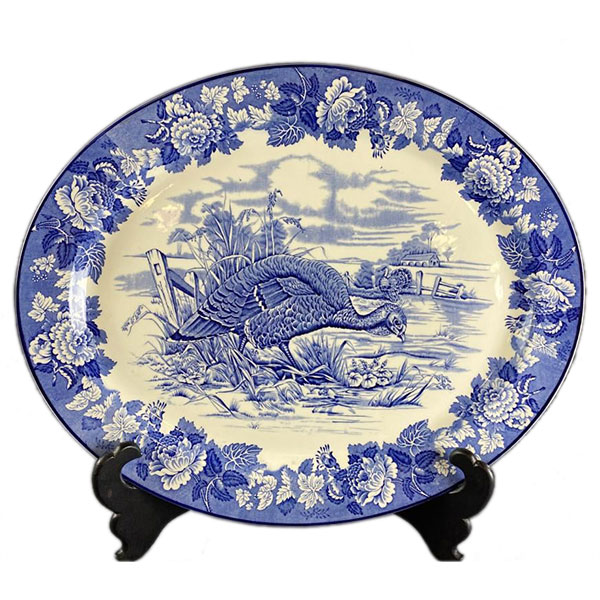 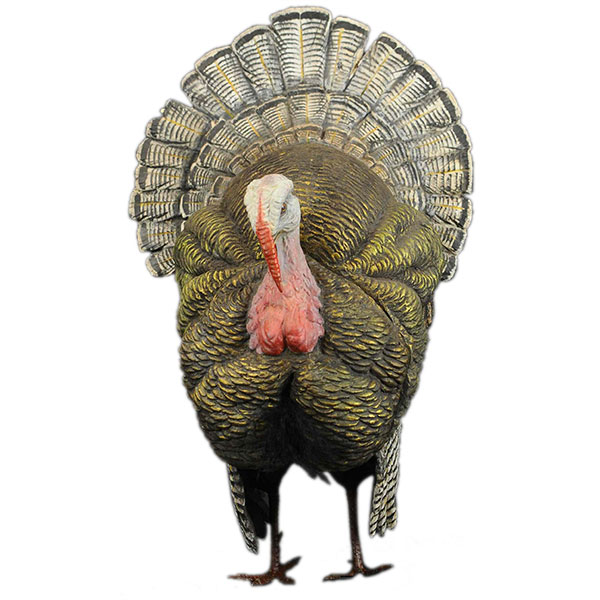 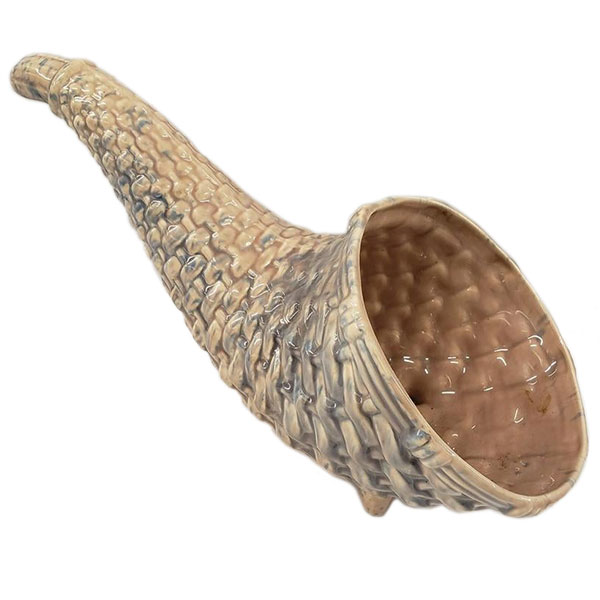